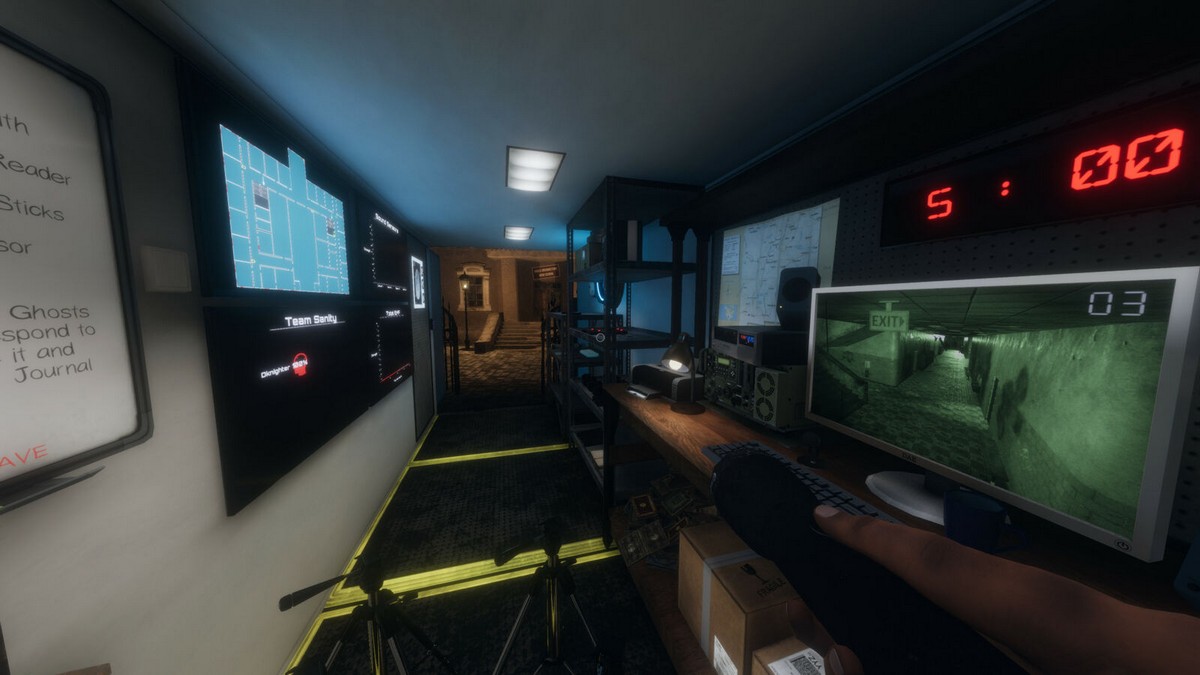 For all the ghost hunters out there, Kinetic Games has provided more info for the rest of the year following an earlier sharing, with an updated roadmap showing off what fans can expect for Phasmophobia in 2022. This includes the arrival of custom difficulty in the month of September, followed by a URP Upgrade to round off the year.

“We’ve squeezed in loads of extra things and even a few new [REDACTED] for you to enjoy, all will be revealed when the update trailer drops very soon,” the update said. Those extras would likely point towards the new map of Sunny Meadows, as well as the report system alongside other unrevealed goodies.

This change in schedule was due to the VR rework taking more time than anticipated, so the team decided to push things back while dropping smaller content patches to fill the gap. Following the implementation of custom difficulty in Phasmophobia, Kinetic Games will release the URP Upgrade, which brings new weather effects, volumetric lighting, and more optimization for the entire experience.

As for those looking for a big change in progression, that will, unfortunately, have to wait till 2023. At the very least, we can expect three progression updates, delivering new player models, new equipment, a new version of the levelling system, and new challenges.

“The Progression updates will be the biggest programming and art overhaul that Phasmophobia will ever receive, with many systems, models, and animations getting completely reworked or created from scratch. Hopefully, by us splitting this into several smaller updates, this allows you to experience new things slowly over time, instead of having to wait six or more months for one massive patch,” added Kinetic Games.

Beyond that, there is a small matter of Horror 2.0 to look forward to. What that entails remains to be seen, but just the sound of it is enough to give us shivers. Be sure to check out the full Steam update for all the notes, and get up to speed with the game with tips on how to use the music box, all the spirit box questions and phrases to use, and more below.