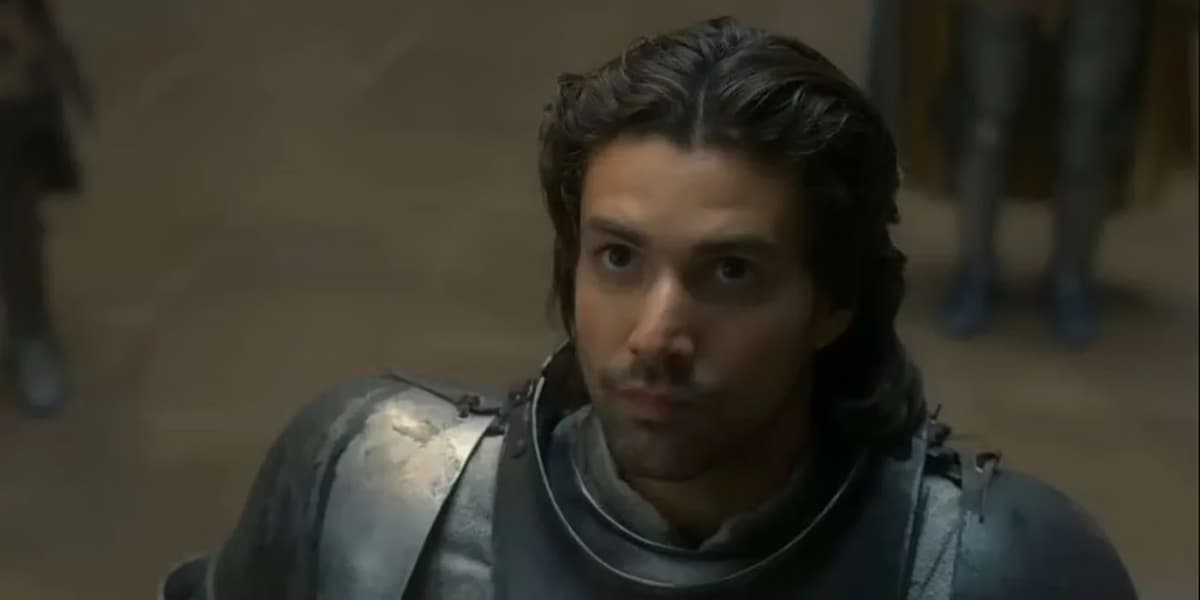 The fourth episode of HBO’s House of the Dragon gave us significant narrative and character development, with Rhaenyra and Daemon coupling it up in a brothel, Otto getting fired, and more. If you’re wondering whether Ser Criston Cole is in love with Rhaenyra, though, here’s what you need to know.

Do be warned that this article will delve into some book spoilers for Fire and Blood, so close this page now if you don’t want to be spoiled on future events.

Is Criston in Love With Rhaenyra in House of the Dragon?

At this point in the HBO show, Criston isn’t quite head over heels in love with Rhaenyra just yet. But having spent the night with her, and after all their little interactions over the past couple episodes, he’s definitely starting to catch feelings for the princess.

As the story develops and Rhaenyra gets more mature, Criston’s feelings do start to get a bit more serious, and he’ll eventually even ask her to elope with him and start a new life somewhere else. However, Rhaenyra rejects him as she believes that a Targaryen deserves more in life than to just be the wife of a sellsword, and that essentially marks the end of their love affair.

Does Criston Marry Rhaenyra in House of the Dragon?

Rhaenyra will eventually get married a couple of times over the course of the story, but no, she never marries Criston himself.

This shouldn’t be a surprise, considering that House Cole isn’t exactly a very prestigious House in Westeros. As a potential heir to the Iron Throne, Rhaenyra is expected to marry other lords of high standing out of duty, and we’ve got an article here detailing who exactly she does marry in the series.

That’s all you need to know about whether Criston is in love with Rhaenyra in House of the Dragon. Be sure to search for Twinfinite for more news and information on the series, including who Daemon’s wife is, and what the Hour of the Owl is.