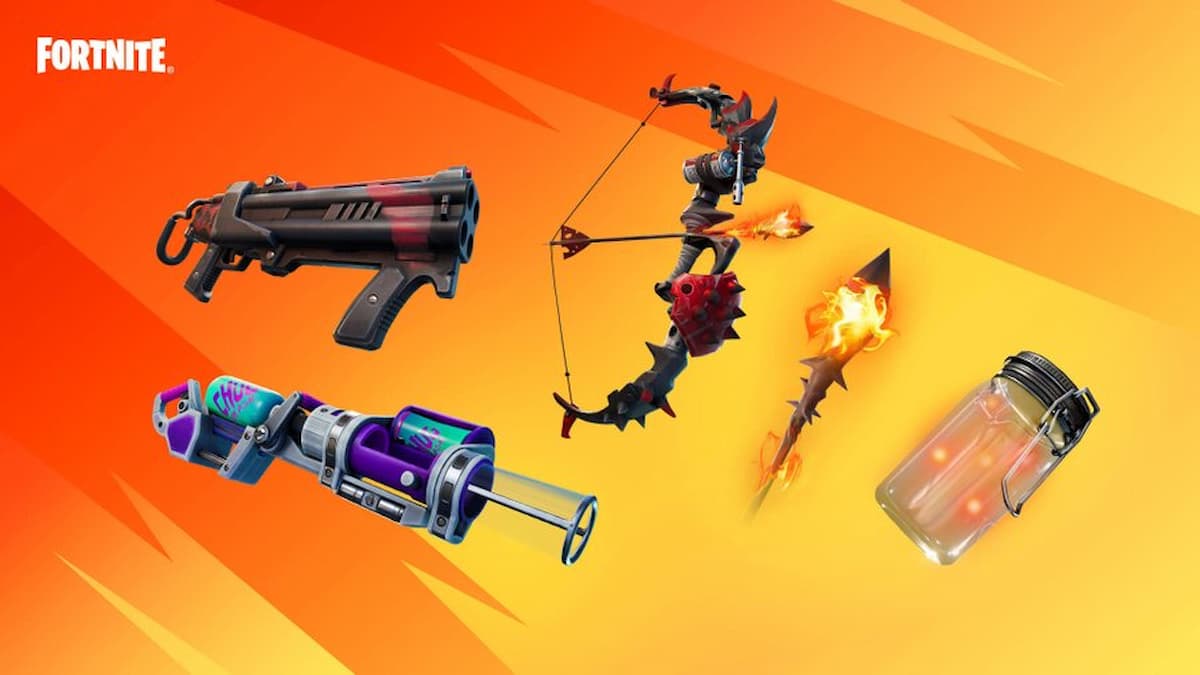 Epic Games has today rolled out Fortnite’s update 21.51 on all platforms, which primarily adds the ‘Fire with Fire’ week to the Battle Royale title. It also makes changes to the purchase, cancellation and social settings of the game.

The Fire with Fire week, as detailed in the official Fortnite blog post, will start on Sept. 7 at 9am ET, and will finish on Sept. 13, at 9am ET.

This ‘wild week’ as their known in-game, will unvault the Primal Flame Bow and Dragon’s Breath Shotgun in non-competitive playlists. Firefly Jars will be available at an increased rate, as will Chug Cannons to help you fend off the damage from the flames. A series of special quests for using all four of these weapons/ items will reward players with XP for completing, too.

Alongside the Fire with Fire week, update 21.51 also makes some smaller changes to the purchase, cancellation and social settings in-game, too. For example, players will now have to hold a button to confirm any in-game purchases.

The purchase cancellation window is also being extended. Players will now be able to cancel in-game cosmetic purchases made with V-Bucks until the cosmetic is equipped, or until 24 hours have passed, whichever comes first.

Payment information now has the option to be saved, and a chargeback policy has been updated.

On the social side of things, there are new privacy options for voice chat in-game, allowing players to change between ‘Everybody,’ ‘Friends and Teammates,’ ‘Friends Only,’ or ‘Nobody.’ Parental controls have been moved up in the main Lobby menu, and a setting that enables parents to require that their Parental Controls PIN be entered before their child can send or accept friend requests has also been introduced.

Finally, for players under the age of 18, a number of settings will be reset to their highest privacy option by default. For example, chat options default to ‘Nobody,’ while player profile details are hidden, parties are ‘Invite Only,’ and personalize recommendations are turned off.

What do you make of the Fortnite 21.51 update? Let us know down in the comments below.