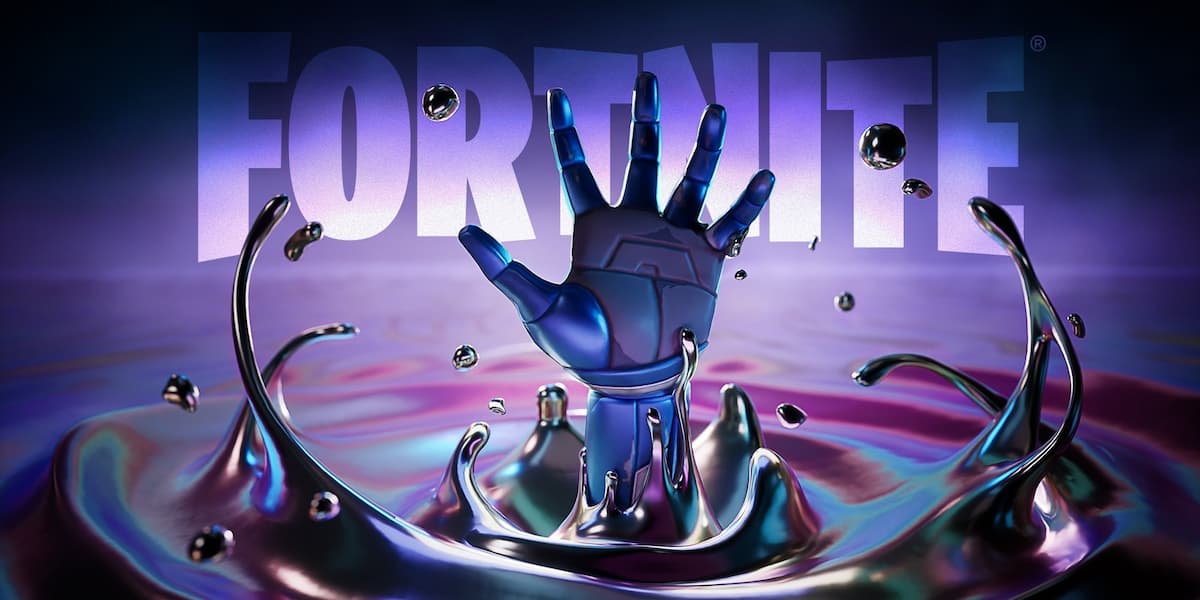 A teaser image promoting the upcoming season of Fortnite has appeared on the Nintendo eShop as well as the app icon for the game itself.

The Fortnite Chapter 3 Season 4 teaser image was first spotted by popular dataminer and leaker iFireMonkey, who shared it with their followers on Twitter.

The image doesn’t give a huge amount away just yet, with a hand sticking out of some sort of liquid. While there’s not a lot to go on, fans already believe that the hand could belong to Paradigm, a member of The Seven that originally released in Season X back in Chapter 1.

However, Paradigm was only officially first mentioned in Chapter 3: Season 1 by The Scientist. While they’re a member of The Seven, Paradigm’s allegiance is unknown, as the skin’s in-game description points out.

A popular fan theory was that Paradigm was actually the Singularity, another character in the Fortnite lore that Donald Mustard himself had stated would “… have a big impact on the story,” and goes by many names other than Singularity. Given The Paradigm and the Singularity both share the same armor design, some fans believed that they were the same character.

Fortnite Chapter 3 Season 3 — the current season — is due to finish around Sept. 17, with the new season to begin immediately after the downtime for the new season’s content is complete.

What are your thoughts? Are you getting any major predictions for Fortnite Chapter 3 Season 4 from this teaser image? Let us know down in the comments below.