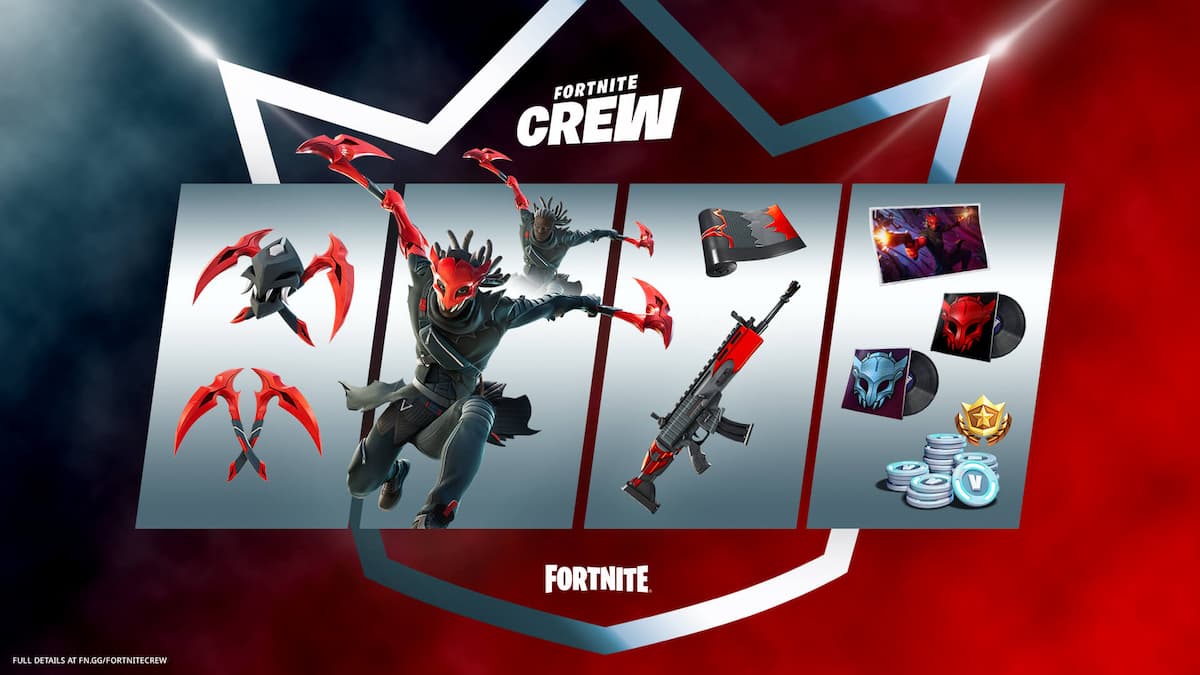 Epic Games has unveiled the new skins for subscribers of Fornite Crew. Starting on September 30 at 8 PM ET, subscribers will be getting the Red Claw skin, which includes dual pickaxes, Dark Nights/Red Lights Lobby Tracks (as well as an instrumental version), Black Fang Back Gear, Shredded Red Weapon skins, and 1,000 V-Bucks. The Red Claw skin will also allow players to switch between Red Claw with or without their mask.

This new skin is just Epic’s latest piece of content unleashed for Fortnite. Earlier this month, the popular game kicked off its fourth season for Chapter 3 with a new battle pass that will earn players new skins, including Spider-Gwen and Paradigm (voiced by Brie Larson). If you’ve already subscribed to Fortnite Crew, you’ll instantly gain free access to the Battle Pass.

For members who have yet to claim the September Crew Pack, which includes the Loveless Skin, you have until September 30 at 7:59 PM ET. Other items you’ll obtain in this pack include the Calling Card Back Bling (Diamond King and Heart Queen changeable styles), the Stylus Edge Pickaxe, the Shooting Shuffle Wrap, and The Loveless Bandit Lobby Track.

For those interested in Fortnite Crew, you can join for $11.99 a month. For more on the world of Fortnite, check out some of our Related Content.