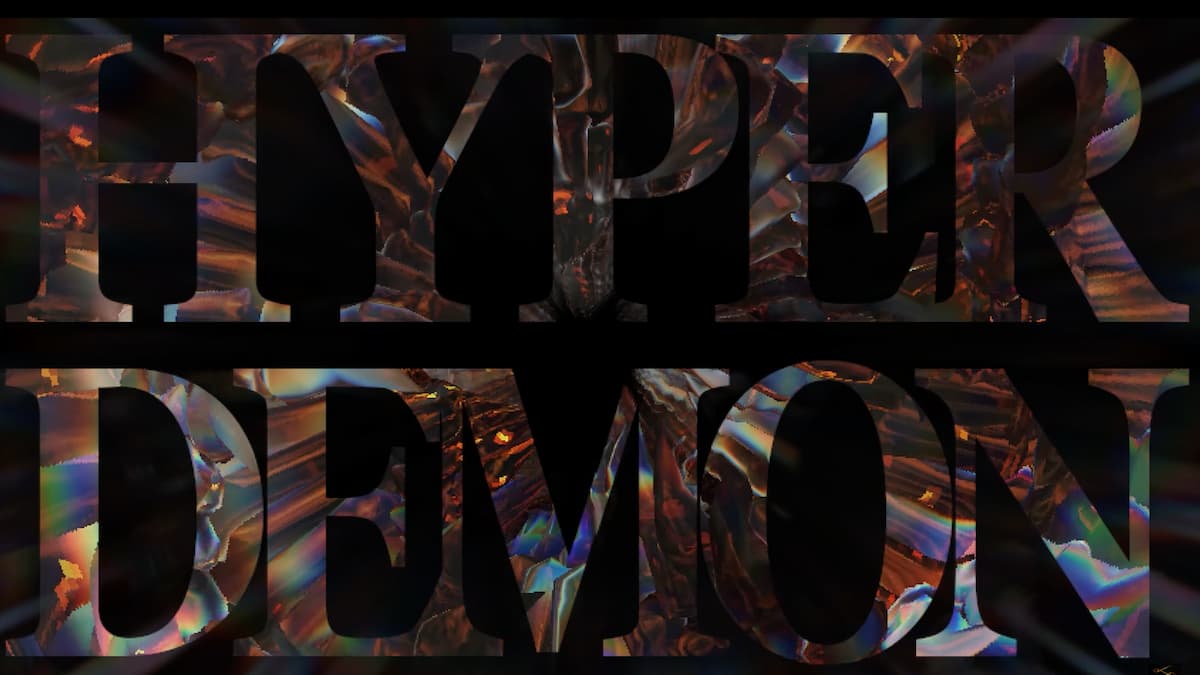 A new first-person shooter by the name of HYPER DEMON has just launched on Steam boasting to be “an FPS like no other.” You can check out the trailer for yourself below but just be warned that anyone that is hypersensitive to flashing lights or certain visual patterns should proceed with caution, as the video is filled with them.

HYPER DEMON comes from the developers of Devil Daggers: both titles feature similar gameplay loops. Players are placed in an arena setting and must slay endless waves of monsters inspired by FPS titles from the 90s. The latter title boosted a pixelated art style, while HYPER DEMON boasts the art style of a kaleidoscope.

a pearl of lightning. a dream from the future. a drop of poison. a swan song.

The faster you slay demons, the harder the game and the higher your score.

There is an end

will it see you?

As seen in the trailer, Sorath is looking to do something unique. HYPER DEMON has “groundbreaking spherical projection,” allowing players to have up to a 180-degree field of vision while maintaining a linear point of view. Along with that, players can track dangers coming from behind with a red holographic “rear view” overlay for a full 360-degree sensory awareness.

The game is meant to be simple yet challenging. Players will have a minimal control scheme with the goal of surviving endless demons. Slaying demons will drop rewards to power up your abilities, and if your friends pick it up, there are leaderboards and a replay system to compare scores while rising the global ladder.

HYPER DEMON is out now on Steam.