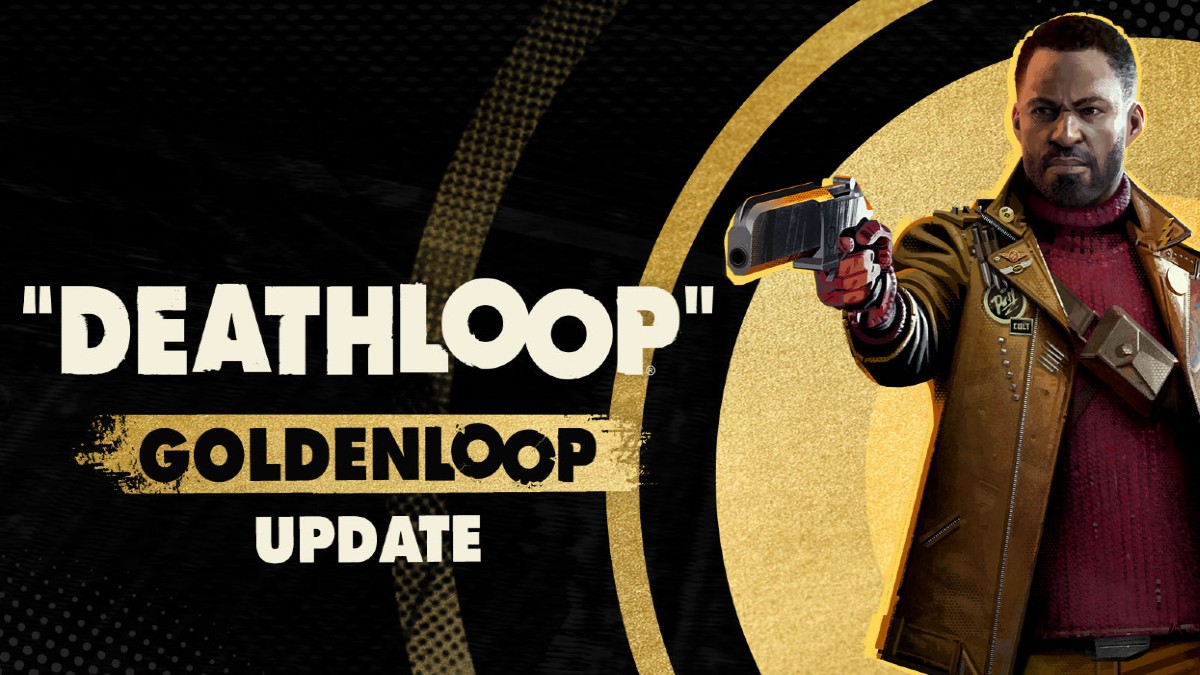 Just in time for its release on Xbox Series X|S, Microsoft released a trailer showing off Deathloop’s new update. Titled “Goldenloop,” the upcoming patch will release alongside Deathloop’s Xbox debut but will also arrive on PS5 and PC.

The update gives players loads of new weapons and powers to play around with, such as a laser rifle called “The Halps Prototype,” an ability that will make enemies attack each other, and an upgrade that allows players to earn more trinkets.

The biggest new addition to Deathloop will be the inclusion of Cross-Play Matchmaking. For those coming to Deathloop, the game includes a multiplayer mode where you can play as antagonist Juliana and try to kill protagonist Colt.

Cross-Play wasn’t available when the game first launched, but you’ll now have the option to kill players across current-gen consoles and PC. Additionally, a new enemy type called “Aleon’s Roster Grows” will join the battlefield, though we weren’t shown much regarding their combat abilities.

Lastly, the trailer revealed that the update will include an extended ending that further fleshes out the original game’s conclusion. Anyone interested in the update can pre-install it now.

Originally released as a Timed-Console Exclusive for PS5, Deathloop received critical acclaim when it first arrived and won several awards, including Best Game Direction and Best Art Direction, at last year’s Game Awards. For more on Deathloop, check out our review of it right here.