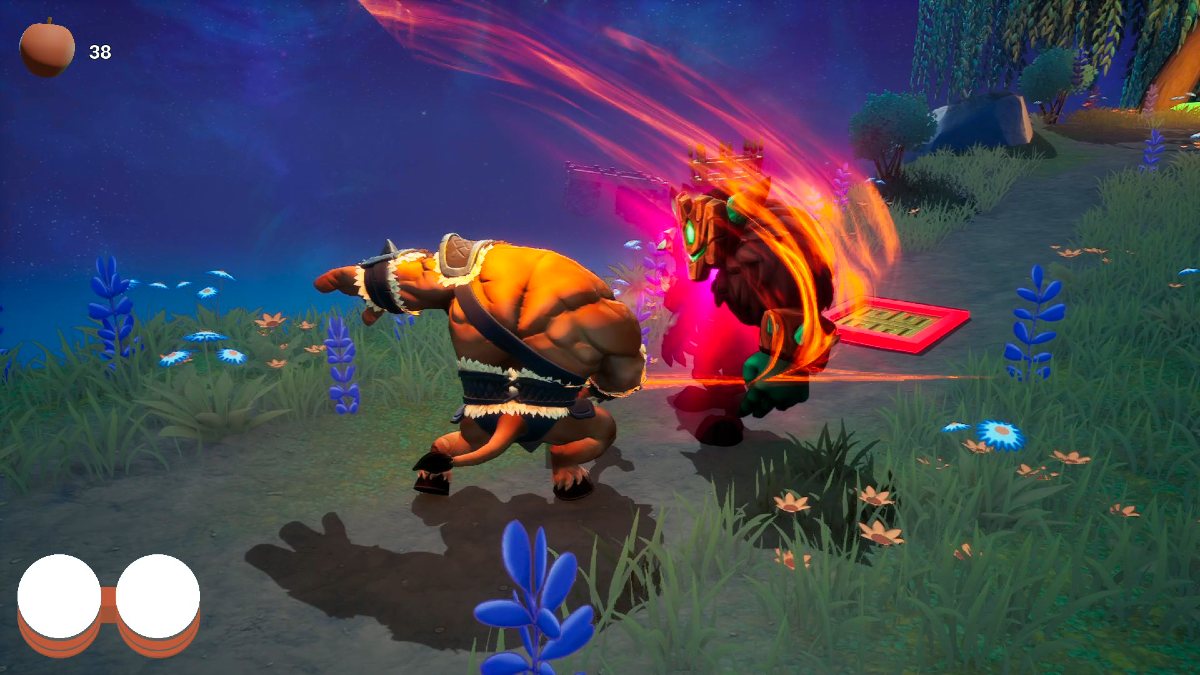 Today, indie game development YouTuber Cobra Code brought back a blast from the past in the gaming world, as they revealed they’ve made an indie spiritual succession to Donkey Kong Jungle Beat and that they used one of the greatest controllers of all time to do it: the GameCube Bongo controllers. Titled Bull Beat, the game sees players take control of an angry bull that is charging its way through a sky fortress looking for a fight.

To successfully engage in brawls, you’ll need to have precise timing, as Bull Beat takes advantage of the Bongo controller’s unique ability to tie gameplay into rhythm-based mechanics. Swing your ax or block attack sensors or activate special speed boosters or stun moves using the controller’s clap to make for some interesting combat.

For hands-on gameplay and a developer walkthrough, you can check out the official breakdown video of the game right down below.

According to Cobra Code, Bull Beat took about three months to make the game using Unreal Engine 5, as it took them some time to get the movement system, boss fights, and map together while making it. The developer also noted that the game can be played with a keyboard but that it was made using the DK Bongos in mind.

If you don’t have any Bongos to your name, they are currently available on Amazon, though they are pretty expensive, likely due to the novelty of them and lack of current supply and demand. On the other hand, Bull Beat is available now on PC for free via Gamejolt or Itch.io.