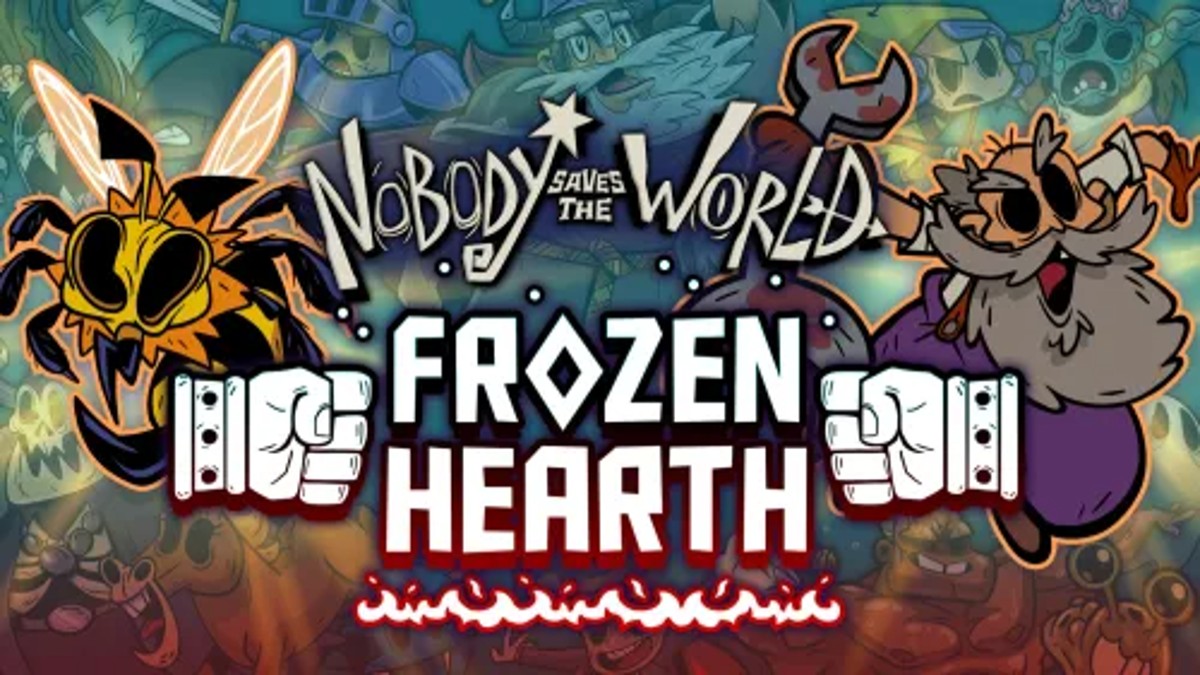 Today, Drinkbox Studios unveiled a brand new DLC that would be coming to their latest game Nobody Saves the World, and that it would be titled Frozen Hearth. The news came by way of an official trailer, which showed off some of the exciting new changes players can expect.

Alongside new quests, you’ll be able to make some interesting new friends, battle throughout more interesting dungeons, and change into some new forms that feature some interesting skills. You can check out the official trailer and a description for the DLC right down below.

When Does Nobody Saves the World Frozen Hearth DLC Come Out?

QUESTING, NOT GRINDING: Player progression and new abilities are obtained by completing quests, not by defeating monsters. Quests range from “Complete a Dungeon”, to “Poison Baddies”, to “Cheer up a Fellow Rabbit-Lover”.

QUESTS UNLOCK NEW FORMS: Level up and unlock new Forms by completing quests. Each new Form has specific strengths and weaknesses and new abilities to experiment with.

COMBINE ABILITIES: Customize your Forms by equipping abilities from other Forms: Mix and Match abilities in fun and unexpected ways!

EVOLVING DUNGEONS: As you become stronger, procedurally generated dungeons will increase in difficulty and complexity to keep you on your toes!

MULTIPLAYER: Want some company on your adventure? Invite a friend to your game and Save the World together!

Nobody Saves the World is available now for PS4, PS5, Switch, Xbox One, Xbox Series X|S, and PC, with the Frozen Hearth DLC set to launch Sept. 13, 2022, for all platforms.