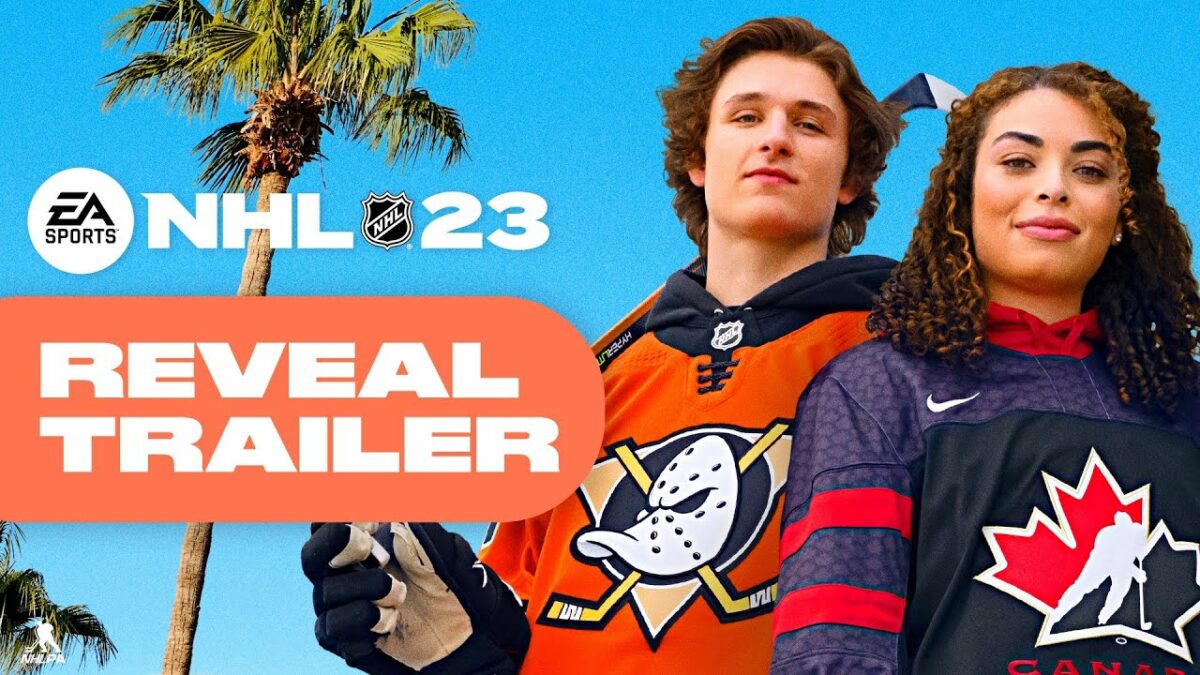 NHL 23 is fast approaching, as today it was revealed the worldwide release date for the game will be Oct. 14, 2022, which is just a couple of months away. To get fans excited for the next iteration in this illustrious hockey franchise, EA Sports has just debuted an official trailer for the game.

The trailer stars cover athletes Trevor Zegras and Sarah Nurse, who show off all the game has to offer regarding its gameplay and co-op features, especially when it comes to the exciting new changes that are coming to the X-Factor components. You can check out the official reveal trailer and some more information about NHL 23 right down below.

NHL 23 is greater together. Get the best players in the world on one lineup with the introduction of mixed women’s and men’s teams in HUT. Arriving as post-launch updates, cross-platform matchmaking for players on the same platform generation in HUT and WOC means deeper player pools, shorter queue times, and more teams for your squad to square up against.

And now, add to your highlight reel with over 500 new Last Chance Puck Movement gameplay animations that let you control how a play unfolds after any level of contact is taken, from performing passes out of stumbles to desperation shots from the ice. Plus, overhauled strategy systems allow you to easily gameplan and finetune your playmaking skills. So grab your friends and gear up for the most dynamic, connected, and visually rich Chel experience yet.

Anyone interested in NHL 23 can head to the official EA website, which features both the Standard and X-Factory editions that are now available for pre-order.