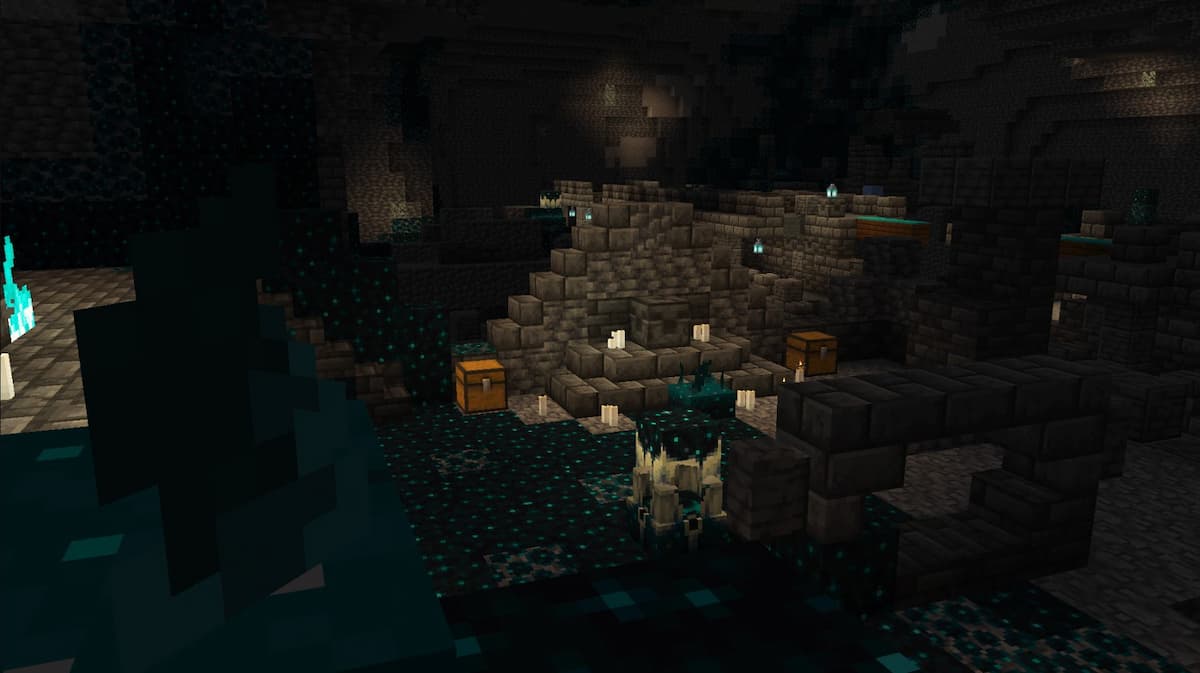 Ancient Cities are areas that spawn in the Deep Dark biome that’s been added as part of Minecraft’s The Wild update. These are, large, sprawling areas that contain chests and items which cannot be found anywhere else in the world, but they’re also home to the Warden mob, which is incredibly powerful and could spell the end to your adventuring days in Survival Mode. Problem is, actually trying to find an Ancient City in Minecraft can be tricky, especially trying to do so without dying. This guide will help explain the best method for finding an Ancient City in Minecraft.

Ancient Cities are also more likely to spawn under the mountain biomes like Snowy Slopes and Jagged Peaks that were released in the 1.18 update, so if you’ve got one of those nearby, or have the coordinates of one to teleport to in Minecraft, this could save you some time on tracking one down.

It’s worth noting that you need to be careful when mining for an Ancient City, as these are often very tall, cavernous locations. If you come in through the roof of one, you’re probably going to fall to your death, so be extra cautious and maybe carry your Elytra just in case. They’re also incredibly dark, so you might want a Potion of Night Vision or two in your inventory to help you see where you’re going when you find one.

If you don’t mind using cheats, you can also use the /locate cheat to find an Ancient City. All you need to do is enter the following cheats in the chat box:

Once you’ve done this, you can use the /[email protected] cheat in the chat box to teleport to the coordinates of the Ancient City that it provides. Just like that, you’ll be transported over there, so you’re free to explore.

Finally, if you want to cut out even more work of finding and reaching an Ancient City, there are a couple of seeds you can use for both the Bedrock and Java editions of the game that will put you directly above one of these underground locations. All you need to do is get digging down.

These are creepy-looking mobs that can deal out the most melee and ranged damage of any non-explosive mob in Minecraft.

It has 250 hearts of health points, basically making it an all-powerful killing machine. We’d recommend just running as soon as one of these pops up, as 9 times out of 10, a Warden will win if you try and fight it.

All Items in Ancient City Chests

Each Ancient City chest can contain any of the following items in Minecraft 1.19. It’s worth noting that each chest contains between 5 and 10 item stacks, but the chance of getting certain items like Coal and Books is far higher than they are for getting Enchanted Golden Apples and Diamond Horse Armor.

That’s everything you need to know on how to find Ancient City in Minecraft. For more of our Minecraft coverage, be sure to check out the links below.