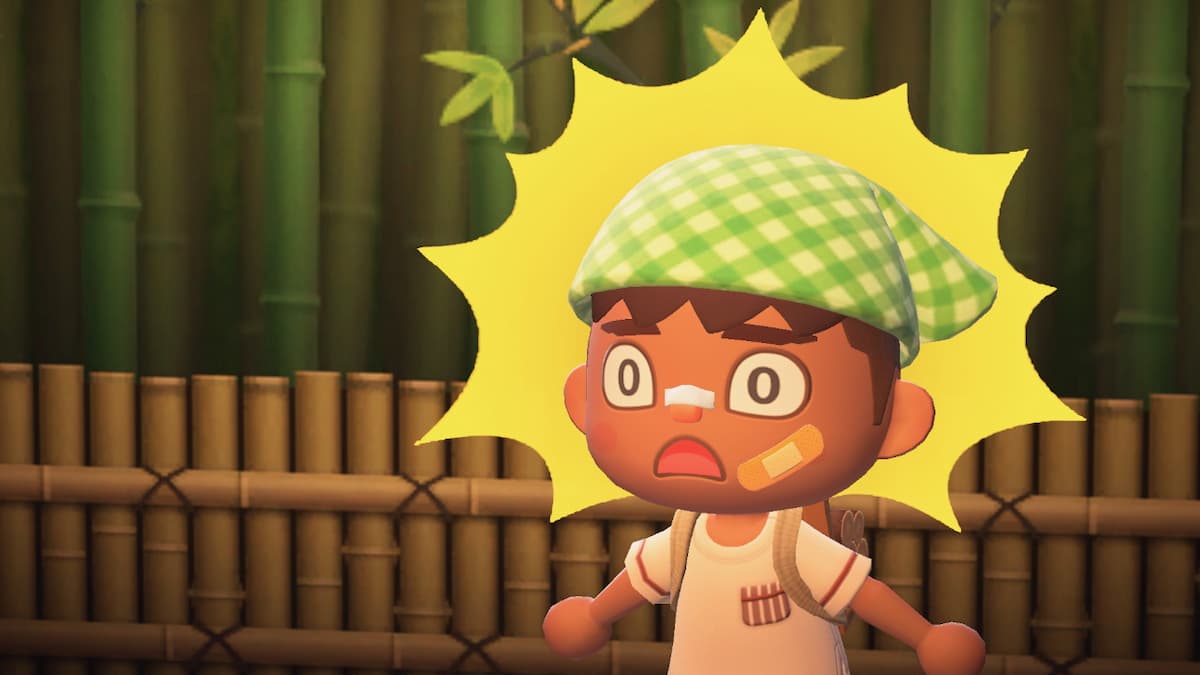 When was the last time you played Animal Crossing New Horizons? Before you start to feel bad about abandoning your villagers or never completing your island, it’s okay, a lot of the people who are still playing the game are in the same boat.

In fact, many players are completely ignoring the conventions of Animal Crossing and using New Horizons as a game engine to create their own games. Creators like EJ Plays, for example, have made their own version of Survivor, while others such as Truongy are making traditional multiplayer experiences like Capture the Flag.

That’s because Animal Crossing New Horizons differs from its predecessors in that for the first time ever it allows players to alter its landscape using terraforming tools. After unlocking the mechanic, players have nearly complete control over the topography of the map, meaning they’re able to shape its layout in a multitude of different ways for the purpose of designing totally different game modes.

YouTuber Crunchy Island is a pioneer of this new wave of New Horizons creators who terraformed intricate mazes that saw players compete to see who could finish first and adopt a rare and highly sought-after villager. At the time, villagers like Raymond, Audie, and Judy were highly desirable prizes, which prompted players to quickly accept the invite for a chance at befriending that heterochromatic business cat and the new animals.

Many other creators took inspiration from these concepts and started dedicating entire islands to build out mazes and other types of games. I got the opportunity to speak to some creators and learn more about their inspirations and why they chose to create a game within Animal Crossing New Horizons.

For EJ Plays, the idea for Last Crosser Standing was born during the early days of the pandemic when watching Survivor on CBS and being introduced to Online Reality Games (ORGs). It ignited a love for social strategy games, and since he was already an Animal Crossing content creator, he got straight to work on combining the two worlds:

“I started thinking of a bunch of fun ideas for how I could exploit the in-game mechanics to recreate Survivor Challenges. Plus I just knew the mechanics really well because I had sunk an ungodly amount of hours into the game.”

As in Survivor, Last Crosser Standing has players compete in challenges to gain safety from being voted off the island while the rest are vulnerable and have to rely on their social game to stay safe. Using the terraforming tools, the entire island was built to host challenges and a tribal council area to deliberate and vote.

Truongy’s Lost Race started as a single-player obstacle course that was initially intended for a favorite streamer to try. After that initial obstacle course, Truongy worked on scaling the idea up and took a unique approach that was missing from other creators’ games:

“There were a few other streamers and non-streamers at that time that also had mazes or scavenger hunt events. There was one thing I noticed that was lacking from all these events, teamwork. everything has been a single player vs other single players.”

Lost Race is a three-versus-three game in which teams are tasked to collect and protect Jacob’s Ladders they find around the island. The island is an intricately built maze designed to hide flowers and challenge players to work together to acquire the most flowers after an hour and 15 minutes.

Nintentalk had teamed up with BWICK to do a charity stream where they could villager-hunt together while raising money for a good cause. Of course, villager hunting is pretty solitary by nature, but the two came up with a cool way to turn it into a competition:

“We wanted to do a collaborative villager hunting stream but found it challenging due to hunts being a very 1 player experience. The goal was for both of us to find a set list of villagers. We wanted even more interaction between us so we decided to add in fun sabotages to slow each other down. That original idea really inspired Sabotage League to start!”

Nintentalk took that initial concept and turned it into the Sabotage league. The current iteration of the game assigns positive or negative point values to each villager species and requires players to score the most points in a three-hour period. Players can sabotage each other to slow their competitor’s progress up to three times.

None of these creators had professional experience in game design prior to Animal Crossing but they did note very similar experiences of creating games in their youth. EJ Talked about elementary school assignments of creating crosswords and mazes, Truongy talked about making up rules for the Pokemon TCG because they didn’t know the official rules, and Nintentalk noted that he would make up mini games inside of the video games he played.

It was only natural that they would create a game using the tools Animal Crossing provided. EJ and Truongy’s games are set on their islands so both noted how incredible the terraforming tools were to work with. He told me:

“I love the game let the users have full control of designing how they want their island and home experience in game functions.”

Rather than focusing on an aesthetic appeal, Truongy used terraforming tools to fill the space with obstacles and hidden secrets. The islands still come out beautiful, but the experience of the island is highly altered from the game’s intended tourism experience. EJ said that the challenges he created wouldn’t even be possible if it weren’t for the ability to build them.

Of course, like any development platform, New Horizons presented many challenges and limitations.

All of them said that the multiplayer features were underwhelming and players were often left to come up with their own activities to play together, including Nintentalk who said referred to them as “quite lacking” and the source of why many had sought “new and fun ways to keep yourself entertained.

Nintentalk’s game is unique in that it is a two-player challenge but doesn’t require the players to connect in order to compete so online multiplayer didn’t present the same issues. Rather, the challenge with Sabotage League was taking an activity that is a single-player experience and making it collaborative enough to make it a competition.

EJ pointed out that the terraforming features completely shut off when in multiplayer and that has always been a difficult hurdle to overcome. However, it eventually became something they saw as a positive:

“Because it’s so limited in what you can do, it forces me to get creative and problem solve within those confines. And usually the solution I come up with is more interesting than the original thing.”

It’s very clear the limitations have not deterred any of these creators from fine-tuning their games and continually improving them at every iteration. Each game has grown significantly and attracted many to participate, compete, and watch as games and tournaments play out.

Last Crosser Standing started out as a live-streamed game where 7 players would compete to be the last person remaining and win the game. Today, EJ has created a pre-recorded format that plays out a lot like a season of Survivor. The live format will remain, but this new format really displays the amazing possibilities game creators have to showcase their work.

Both Lost Race and Sabotage League have started using a tournament format to pit a lot of the Animal Crossing content creation community against each other. Their abilities to scale their games to this size has been impressive and it will be great to see what other games pop up in the future.

When asked if they would create a game in the next Animal Crossing game, the answer was a resounding yes. In fact, every creator was excited about the possibilities that could come from a game that builds on the existing infrastructure of New Horizons.

Although Animal Crossing New Horizons may not be at the height of its initial popularity, players continue to push its features and take the game in unique directions. It will be some time before a new mainline game comes to the series, but for now, we can continue enjoying how players transform the game while we wait.