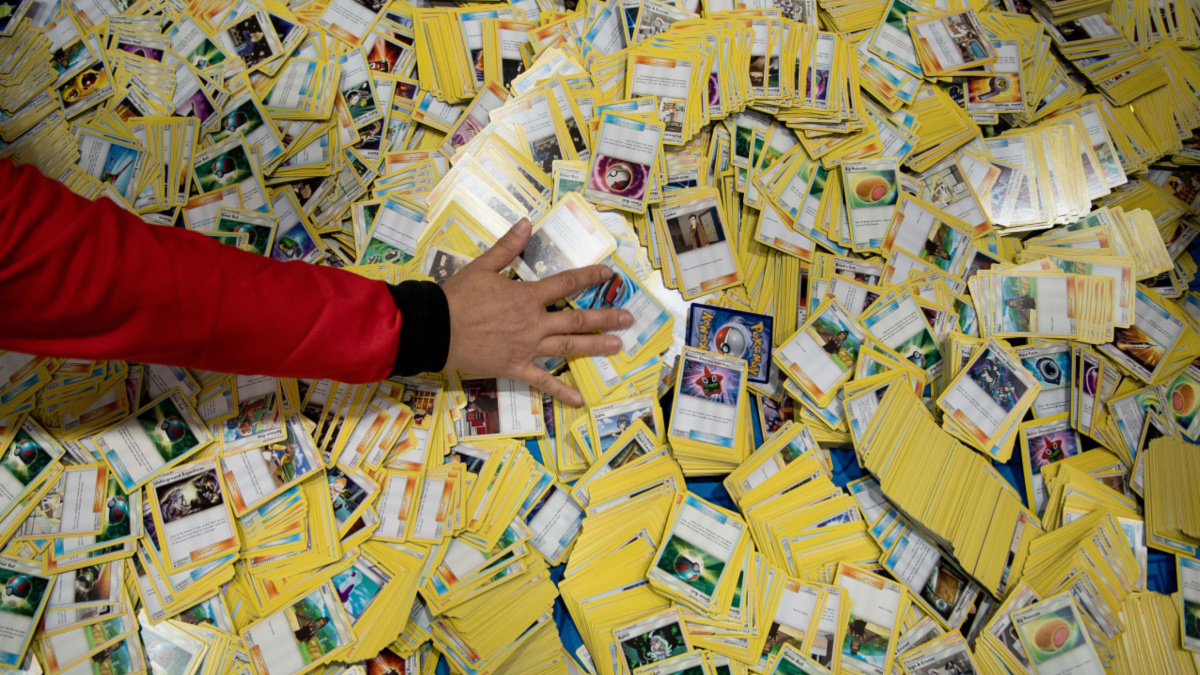 It’s never been a better time to hop into the Pokemon Trading Card Game. There’s a wide array of cards to choose from, a variety of deck metas to use in matches, and plenty of rare cards to track down for the sake of a collection. However, there’s still a ton of rules to learn and mechanics to understand first, which is probably why you’re asking: How many cards are in a Pokemon deck? fortunately, we’re here to help break it down for you with this guide.

How Many Cards Does a Pokemon Card Deck Have? Explained

A Pokemon card deck is comprised of 60 cards in total, with restrictions on how many of any given card you can have in it.

However, Energy cards are exempt from this rule, so you can include as many duplicates of an energy card type as you’d like. This is so that you can properly account for different attack costs and ability usages without too much trouble.

What Types of Cards Are There?

Likewise, it’s worth noting what types of cards there are that you can add to your Pokemon deck.

The first and most obvious ones are Pokemon cards. These are the series namesake creatures that you’ll use to engage in battle and utilize to knock out your opponent’s Pokemon. They can also evolve into stronger forms under the right circumstances, which can be pivotal to coming out on top in higher-level Pokemon card battles.

Next up, there’s Trainer cards. These cards allow for specific actions like drawing more cards, forcing your opponent to discard their hand, and retrieving cards that have been eliminated or forced into the discard pile. Having these in your deck is paramount when it comes to devising strategies, and can turn an otherwise grueling battle into a quick and breezy one.

Finally, there’s Energy cards. These allow you to use your Pokemon’s different attacks and abilities, and are required in order to do anything during a battle. There are different types of energy tied to each of the major elemental typings in Pokemon, so you’ll want to make sure you have plenty of the type of energy that matches your Pokemon cards’ elemental typing.

Which Types of Cards Should You Put in Your Pokemon Deck?

With all of this in mind, the layout of your Pokemon card deck is also worth considering.

While you’re allowed to include whichever cards you’d like so long as they follow the rules above, a general rule to follow is to evenly split your deck between card types. This means having 20 Pokemon cards, 20 Trainer cards, and 20 Energy cards. Doing so will provide you with a decent split of tactical options, and will ensure you’re never too desperate for a specific type of card during a match.

However, this rule is not ironclad. Many people find deck builds that skew slightly more toward one of the three card types, and are still just as viable thanks to the strategies this allows for.

Hopefully this cleared up how many cards are in a Pokemon deck. For more on the Pokemon series as a whole, check out any of the related articles down below. We’ve also got plenty of articles on the Pokemon TCG, including a breakdown of the best budget decks you can build for cheap.