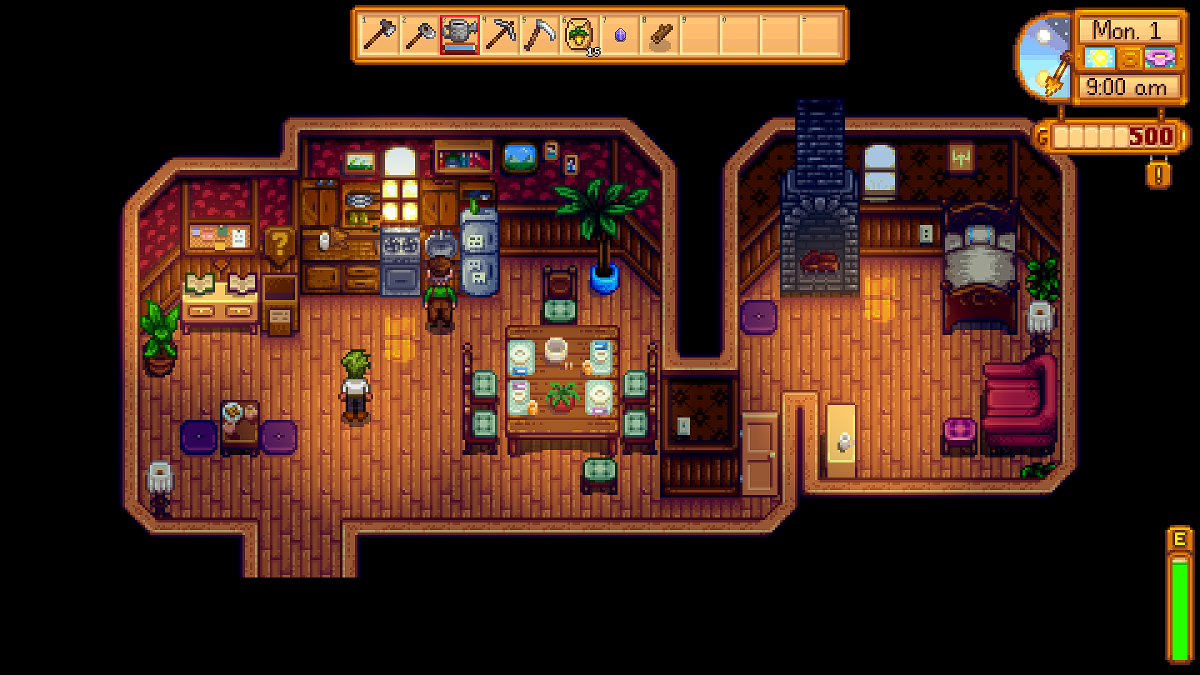 Wondering where the Lost and Found is located in Stardew Valley? Here’s what you need to know.

Stardew Valley, the sleepy simulation role-playing game by developer Eric “ConcernedApe” Barone, has led to plenty of players enjoying an open-ended country lifestyle of their dreams since 2016. Even with over half a decade under its belt, new players still can go into the game with zero knowledge and eventually learn the ropes. Before long, they’ll need to use the Lost and Found box, which new players definitely won’t know how to find in the beginning hours.

You can find the Lost and Found box within Mayor Lewis’ house. After heading into town from the direction of your farm, head down the town square and pass The Stardrop Saloon. Once you reach the three benches nestled between bushes below the Saloon, Mayor Lewis’ wooden-fenced house will be off to the right. Inside his home rests the Lost and Found box with a question mark above it, sitting next to a pair of colored books in the top-left corner.

Because the Lost and Found box is inside Mayor Lewis’ home, there will be times when his front door is locked. It’s a minor issue, but every day between 8:30 a.m. and 10:00 p.m. is when you can go inside and check out the box. So, if you lost a tool or want to see if anything is sitting inside the box, plan your day accordingly if it’s late at night or super early.

That’s everything you need to know about where to find the Lost and Found in Stardew Valley! For more Stardew Valley guides, such as how to get iridium or where to catch perch, check out the Twinfinite site!