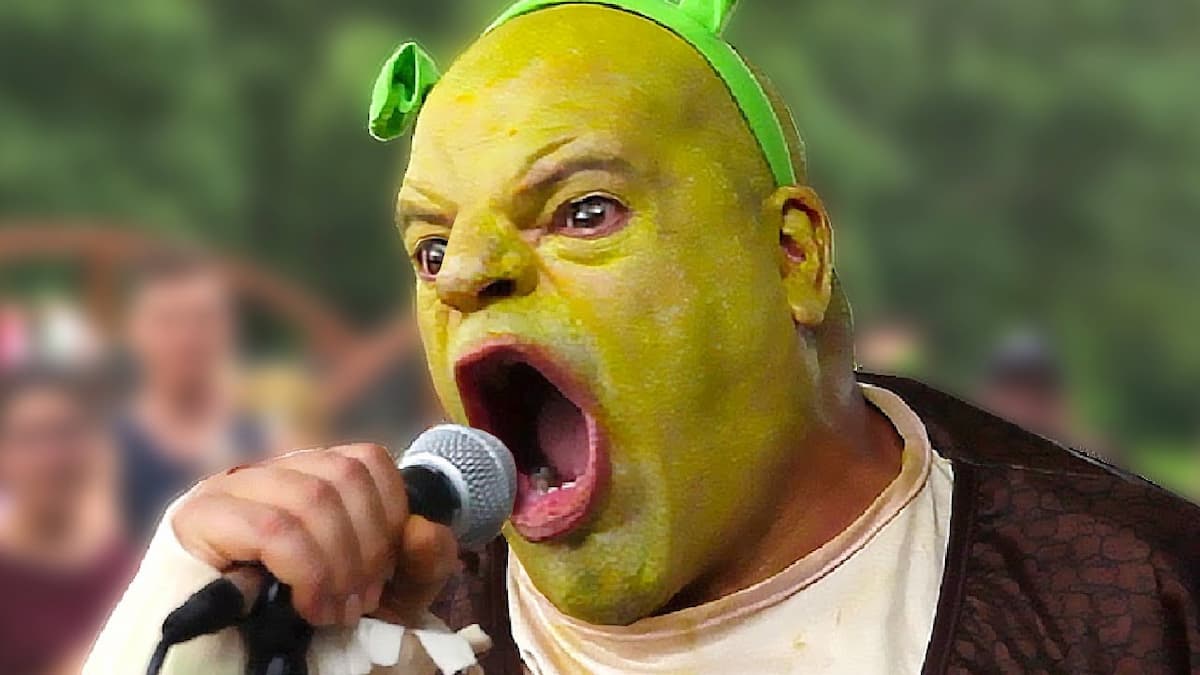 People love Shrek. Like really love Shrek. So much so that fans have now organised a whole festival around the character. If you want to know more we’ve got you covered. Here is everything you need to know about what exactly Shrekfest is and when the festival takes place.

The DreamWorks classic Shrek has stayed the test of time despite debuting in cinemas over two decades ago with the ogre becoming a cultural icon for Millenials around the world. There’s no shortage of Shrek memes which can be found across the internet and have no doubt contributed to the character’s staying power. Over the years fans in America have taken their love for the character to a whole other level and after two years online due to Covid, Shrekfest is making a comeback.

Shrekfest is exactly what it sounds like. Every year fans of Shrek come together to celebrate their love of the film, the festival hosts live music featuring Smash Mouth cover bands, games, and a screening of the first Shrek film at the end of the night.

Shrekfest is actually based on a hoax Facebook event that was advertised in 2014. The festival was billed as a five-day-long celebration of Shrek with onion eating contests and a roar competition. It was made clear that the event was a hoax but one superfan decided to make the festival a reality after seeing the interest from fans online.

Using the Facebook event as a blueprint Grant Druffin from 3GI Industries held his very own Shrekfest in Madison, Wisconsin, the same location the fake event was supposed to occur. The first ever Shrekfest was funded entirely by donations from fans and only attracted around 50 people.

Despite this, Druffin and his friends were undeterred and were able to make Shrekfest bigger and better every year. The budget for Shrekfest has grown to $5,500 and has attracted upwards of 300 people with fans from the UK and Canada traveling to the event.

Shrekfest features many of the attractions that were advertised in the initial Facebook post. The event takes place over one day and fans turn up in droves decked out in their best Shrek costumes complete with green face paint. The event is open to all ages and all the games from the original event are still present. Fans are also able to enjoy free beer throughout the day.

After hosting the last two festivals online 3GI will be bringing Shrekfest to Humbolt Park, Milwaukee for the first time on Saturday, Sept. 3. The event will run from 3 p.m. to 9 p.m. and is completely free to attend. Shrek fans around the world will also have the chance to check out the festival as the full six hours will be streamed on Twitch.

That’s everything you need to know about what Shrekfest is and when it takes place. Be sure to check out the rest of our pop culture and entertaintment coverage, including our Resident Evil (2022) review and the inspiration behind the goats in Thor: Love and Thunder.