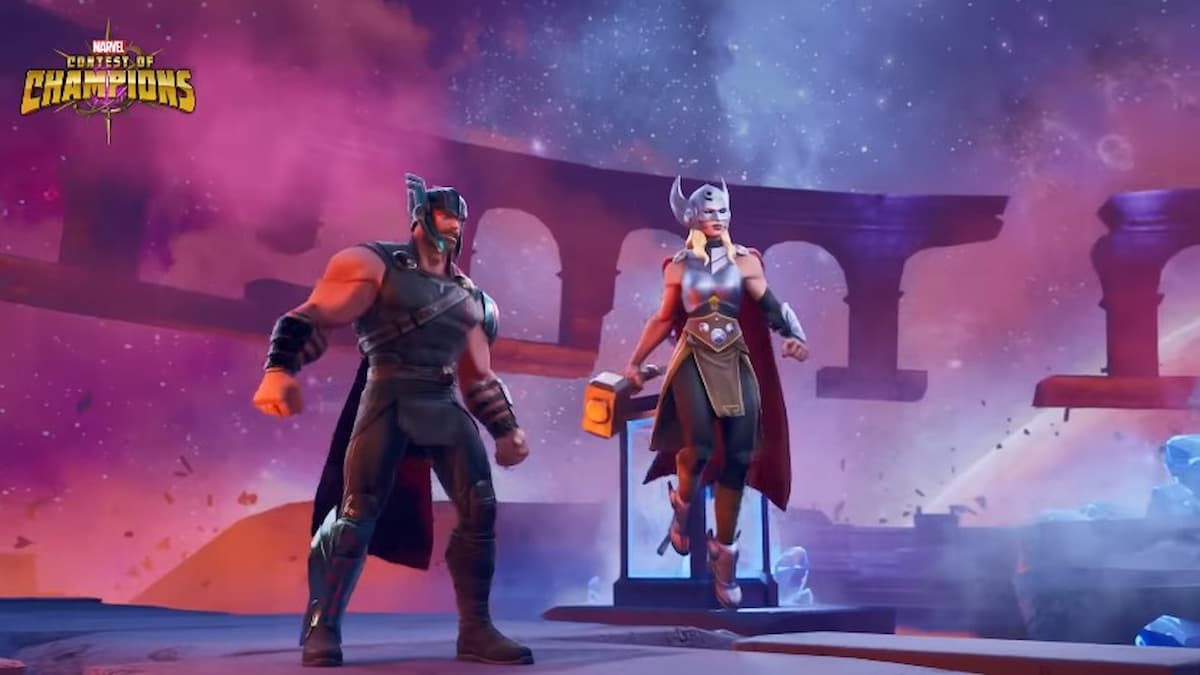 Earlier today, Marvel released a new trailer on YouTube for Marvel Contest of Champions featuring Thor, Mighty Thor, and Valkyrie taking on Gorr, Hela, and Mangog. This trailer shared a few details about the upcoming event in the game that co-insides with the theatrical release of Thor: Love and Thunder. Additionally, a giveaway was announced that Thor fans will want to check out.

In partnership with Hasbro, Marvel Contest of Champions is giving players of the game an opportunity to win a Marvel Legends Series Mighty Thor Mjolnir Electronic Hammer (value of $124.99 USD). The entry period for this contest begins later this month on July 22 and ends just a few days later on July 27. You can log in to Marvel Contest of Champions to get more information about the giveaway from the in-game mail.

As for the actual game content that was announced today, any new or existing players who log in between July 8 and Aug. 2 will get to add Thor (Ragnarok) or Thor (Jane Foster) to their roster of heroes.

Additionally, a pair of characters will be appearing in the game later this month for the very first time. Gorr will be coming to Marvel Contest of Champions beginning on July 14 and Valkyrie will ride on in two weeks later on July 28.

Down below, you can find the trailer featuring the Thors and Valkyrie taking on Gorr, Hela, and Mangog. The original reveal trailer for Gorr and Valkyrie is also down below.