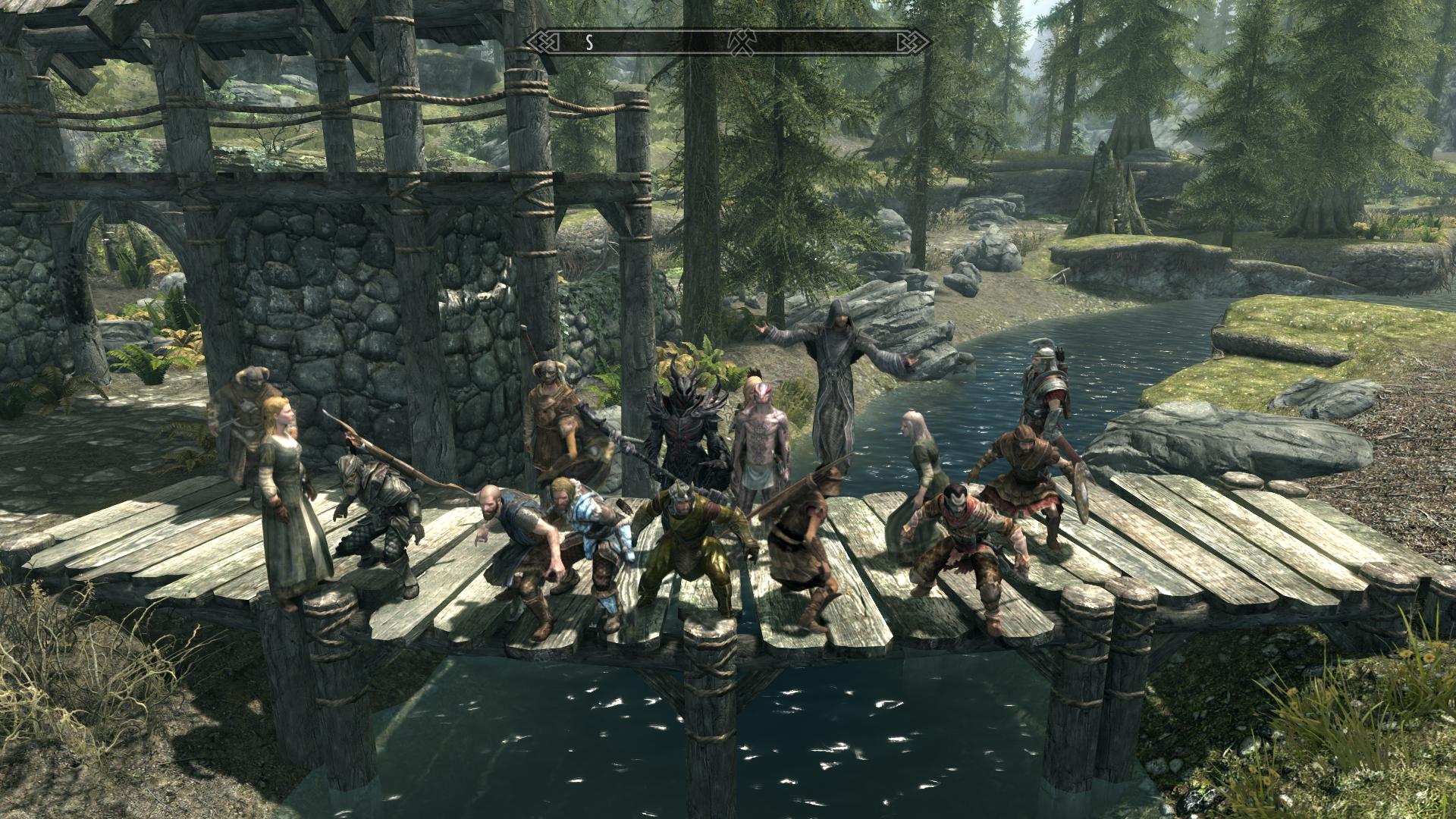 Image Source: The Together Team

Playing The Elder Scrolls V: Skyrim in multiplayer has always been a dream for many fans of Bethesda’s ultra-longevous game, and today, that dream has become a reality, at least on PC.

A small team of fans has launched Skyrim Together Reborn, a mod designed to let player enjoy the game on a multiplayer server.

This is not the first mod of this nature (hence the “Reborn” in the title) but previous solutions have always been glitchy, unstable, and unreliable.

The folks at The Together Team have revamped the mod radically in order to create a reasonably stable and reliable experience that has finally the potential to be enjoyed beyond the odd evening.

At the moment, only Skyrim Special Edition for Steam version 1.6 (the latest, also included in the Anniversary Edition) is officially supported and the team clearly states that the console versions, the Game Pass version, and Skyrim VR will never be supported.

The aim of the mod is to provide a good experience for 2-8 players, but it has been tested successfully with 30+.

You can download it here, and take a look at an official guide on how to get started below.

A wiki is also available alongside a Discord server to find more information and support.

The Elder Scrolls V: Skyrim is currently available for PC (which, as mentioned above, is the only version that works with this mod), PS3, PS4, PS5, Xbox 360, Xbox One, Xbox Series X|S, and Nintendo Switch.

The game was released in November 2021, and the fact that it still gets major mods 11 years after is certainly a testament to its immortality.