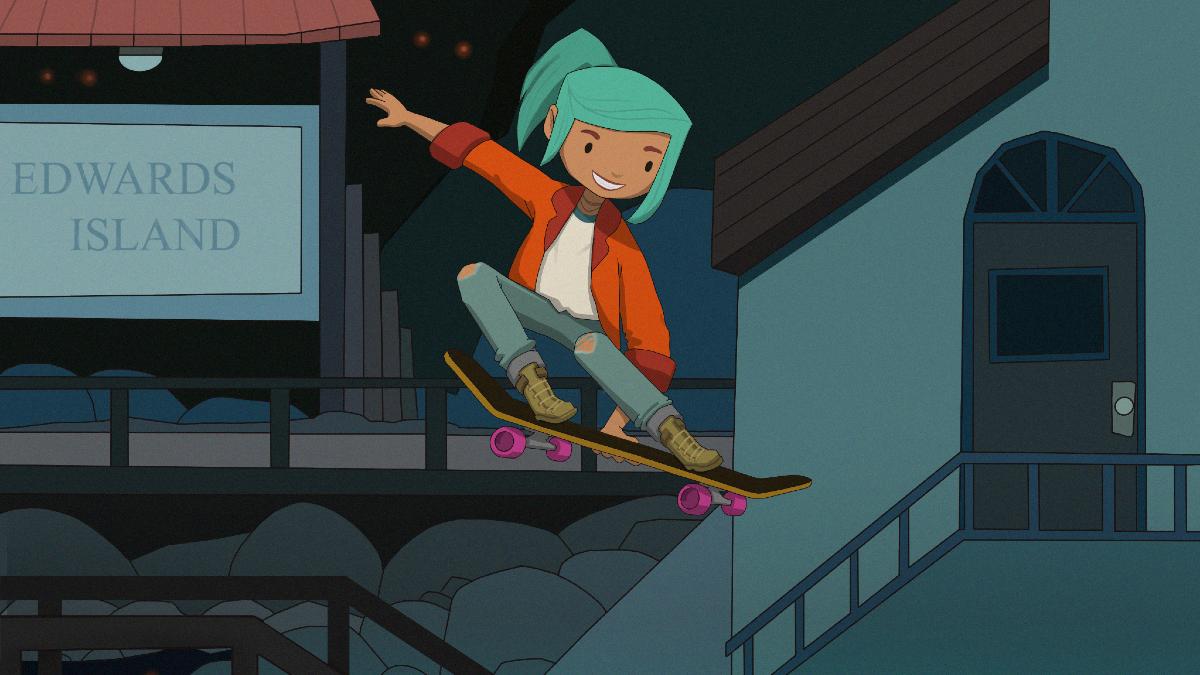 Today, Night School Studio revealed that their hit 2016 indie puzzle game, Oxenfree, would be crossing over with Roll7’s OlliOlli World via the new VOID Riders DLC. Players will be able to dress as the legendary Oxenfree protagonist Alex while listening to an all-new remix from Oxenfree’s composer, scntfc’s “Beacon Beach,” and much more with this new content.

In order to get your hands on the Oxenfree content in OlliOlli World, you’ll need to find the postcode ‘MV32FR33’, which was embedded via morse code in a video from OlliOlli World and on an Instagram Live broadcast. To add it in, simply go to the Gnarvana Portal and input the code.

Once the code has been implemented, you’ll be able to skate around dressed as Alex, listening to scntfc’s awesome songs. This collaboration comes at the perfect time for both series, as OlliOlli World celebrated the release of VOID Riders in June (you can check out our official review here), while Oxenfree 2: Lost Signals is set to release within the next couple of months, boasting a release window of 2022.

For more information on both titles, including a release date for Oxenfree 2 when it is officially revealed, be sure to check back to Twinfinite for updates. You can also take a look at all the related content we’ve got for both games right down below.