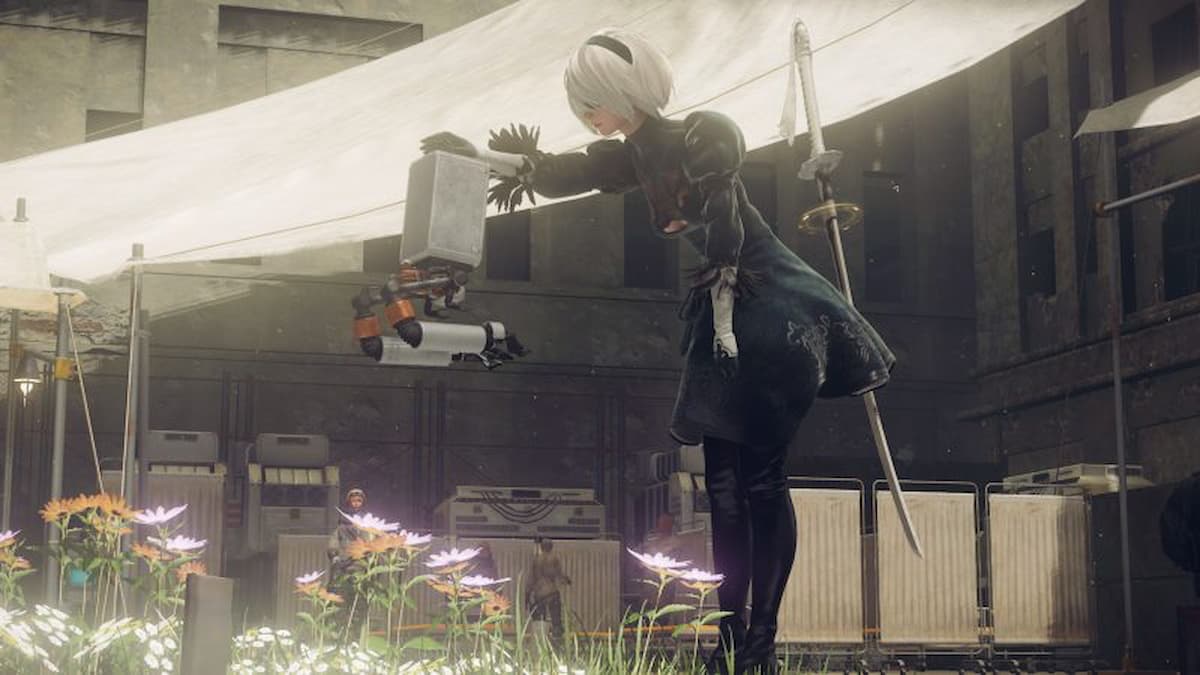 NieR: Automata‘s well of secrets continues to run deep, it would seem. Just last year, it was discovered that by pressing the right button inputs in an early game area, players would be able to jump straight to the secret Ending E sequence. This week, players have uncovered a whole new secret area and a very short cutscene in the game.

The video was originally posted by Reddit user sadfutago, who shows A2 falling through what looks like the Copied City, or perhaps even the very final area in the game. At the very bottom of the area is a church-like room, though it’s impossible to interact with any of the objects in there.

A follow-up video reveals that there was a short cutscene as well, indicating that this area might have been scrapped during development. Crucially, we get a shot of a Lunar Tear, which is a very significant and symbolic flower in the NieR and Drakengard series.

When players tweeted at director and creator Yoko Taro to ask for his input, he merely stated that he rarely tweets in English because he is foolish, but since his follower count has gone up significantly in the past few days, he also loves sausage and beer.