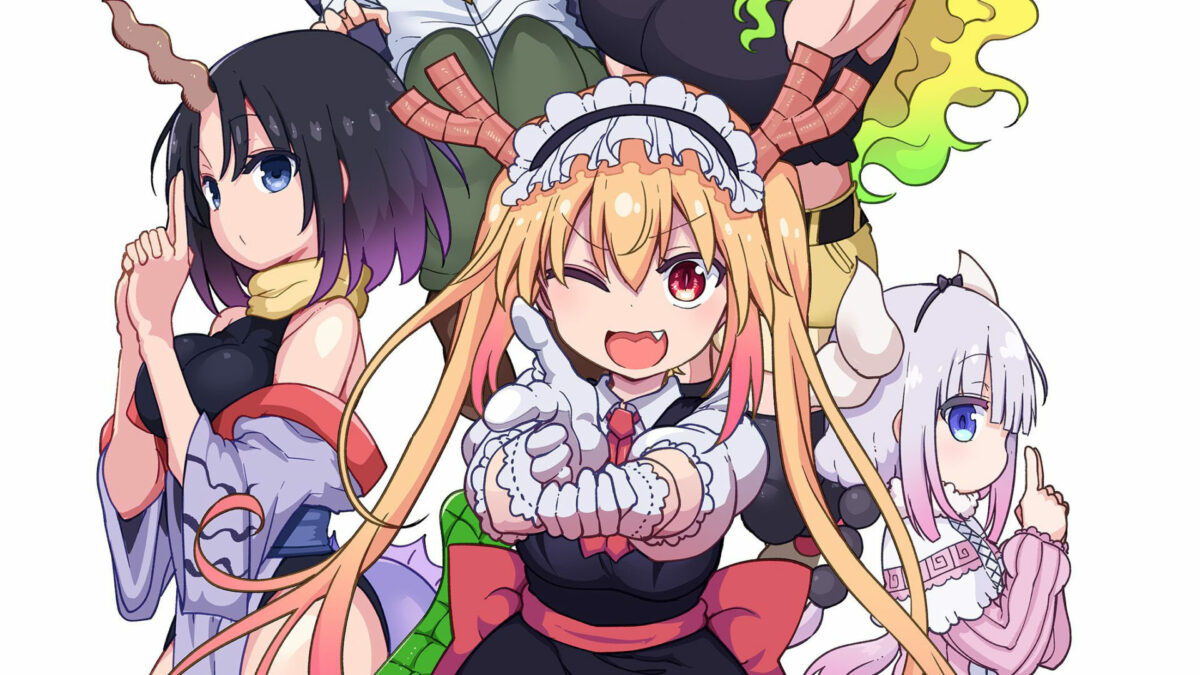 The trailer shows the shoot ’em up gameplay in which we see beloved characters Tohru, Kanna, and Elma as they take on a variety of enemies on the ground and in the air in a traditional vertical scrolling bullet hell layout.

They can use a mix of different attacks (ranged, melee, and Choro-gon Breath) and even activate the Raging Spark to obliterate any enemy on the screen.

We also take a look at the localization, which isn’t exactly prevalent in this kind of game, but certainly never hurts.

Of course, other characters from the popular manga and anime appear, including Kobayashi herself and Lucoa.

As you progress in the game, you can also unlock over 30 beautiful illustrations created especially for the game.

If you want to see more, you can check out the first batch of gameplay videos in Japanese, the second, and the third.