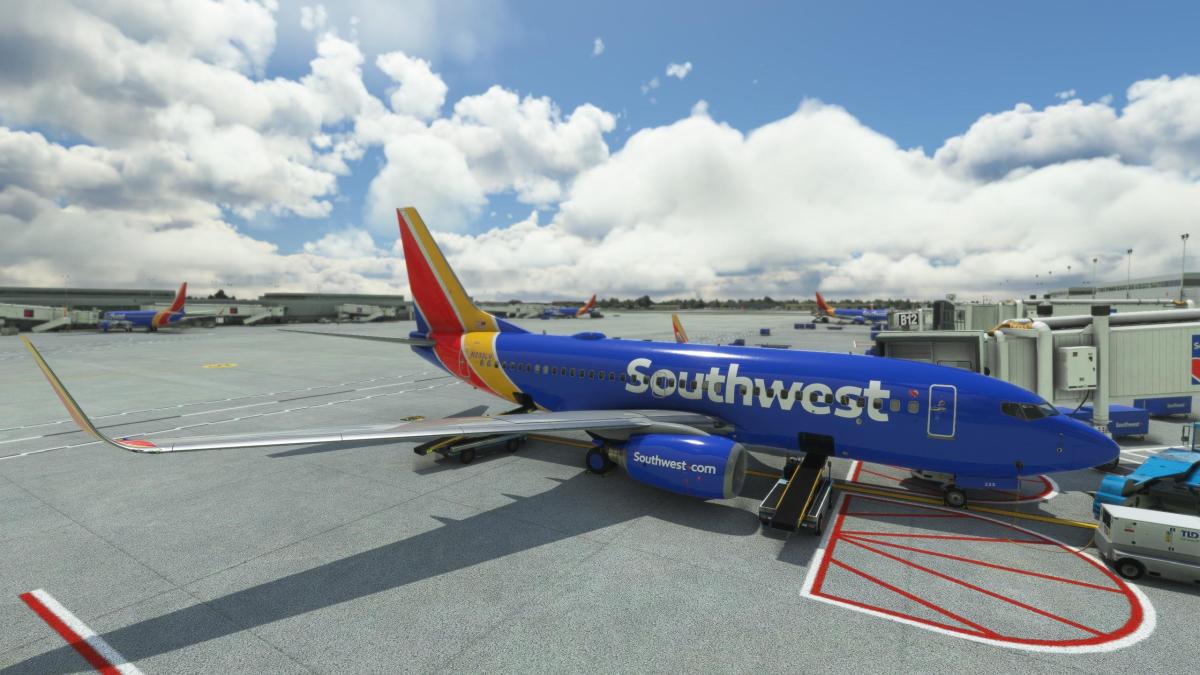 PMDG is one of the most well-known and popular third-party developers for flight simulators and following their Douglas DC-6 and Boeing 737-700, they have a sizable development pipeline for Microsoft Flight Simulator.

CEO Robert Randazzo spoke at length during an interview on Sky Blue Radio this week, providing interesting information on the company’s business and what we can expect from them in the future.

Randazzo mentioned a rough estimate (clarifying that they’re not real numbers but provided for the sake of conversation only), opining that the number of active simmers may have increased 20-fold in the two years following the release of Microsoft Flight Simulator.

Over the years, he has created has a predictive revenue model based on social media, forum, and trailer engagement that allowed him to predict sales within a 2% margin of error in older simulators.

When he plugged the data related to the 737-700 for Microsoft Flight Simulator into the model, he thought the model was broken because the prediction was way off the scale. Indeed it turned out to be broken, as actual sales exceeded even that.

Randazzo believes right now is probably the most exciting time in the history of flight simulation.

Speaking of upcoming updates and releases, he mentioned that the new lateral flight path code is “hours” from being signed off on the 737-600 (which worked as a testbed for the feature), and then it’ll be merged into the -700 for testing on it.

Since it has already been tested in the 600, it should make it in time for the next update of the 700.

While testing of the renewed navigation feature has caused a delay for the 737-600 (which was originally slated for mid-June) it will still release before the -800, which is more or less on schedule for the first half of August but may slide in the third week of the month.

The -600 will also release on the official Microsoft Flight Simulator marketplace at some point with a “very competitive price” to give people a chance to try a PMDG product.

We also hear about the upcoming EFB tablet, which simulates an operating system that allows users to use it like they would use a regular tablet. It has an app that handles all the Simbrief features and acts as a middleman between Simbrief and the aircraft, performance prediction tools, flight ops apps, and a bunch of other stuff. The tablet will be unified among all of PMDG’s aircraft.

Randazzo also mentioned that he hasn’t had a chance to see the new version of the Microsoft Flight Simulator SDK (software development kit) yet, but from his preliminary impression, if it includes some of the tools he believes it might, it’ll dramatically speed up PMDG’s development efforts. That being said, he doesn’t believe what the company needs the most is included just yet. That being said, mentioned that “it’s ok, every bit helps.”

Speaking of the upcoming Boeing 777, which will follow the 737 NG series, there is an overlap between the end of a project (the 737 NG) and the beginning of another (the 777) and PMDG is currently within that overlap.

The whole flight deck of the 777 has already been made in pieces and it needs assembly, polishing, cleaning up, and texturing, which takes a fair amount of time, so the developer in charge is splitting work between this and the 737 at the moment. This should be more or less finished around the timing of the end of the development of the 737-800. Some of the code on the back end is already being worked on.

Work on the Boeing 747 is moving the slowest at the moment, as PMDG is waiting for some data that will help on the front.

Asked whether the Boeing 737 MAX would come after the 777 and 747, Randazzo did not confirm that, as PMDG actually likes a change of pace once in a while by moving to a new aircraft and the MAX is a pretty straightforward modification of the 737 NG (that provides the foundation for the MAX), so Randazzo doesn’t yet know the company will wait until after the 747 to make it.

Incidentally, Randazzo deftly dodged the attempt to make him confirm that said next Boeing aircraft is the 757.