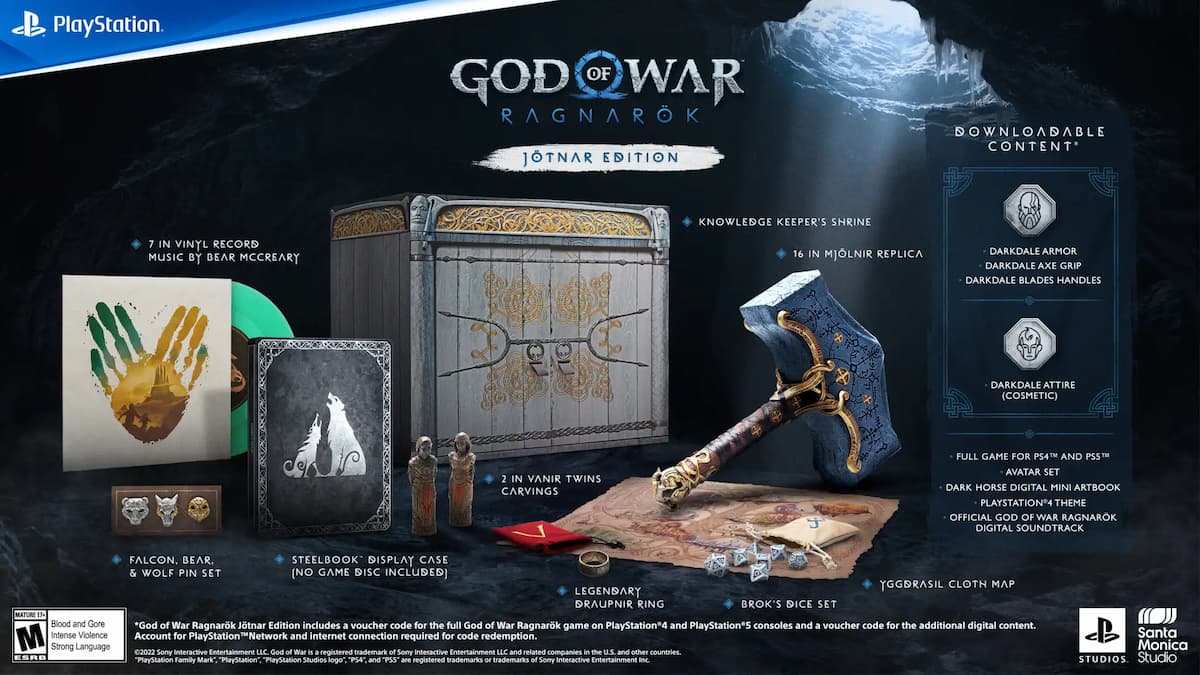 It’s bad news for gamers hoping to pick up God of War Ragnarok’s Jotnar Edition as it’s already being sold for more than double its retail price by scalpers after pre-orders rapidly sold out in the UK.

The Jotnar Edition went on sale in the UK this morning via the retailer Game, and according to Reddit user u/relozation, copies had completely sold out within one minute. The user highlights in their post that less than half an hour later, copies of God of War’s Jotnar Edition had appeared on eBay at more than double the retail price.

In the UK, the Jotnar Edition of God of War has been priced at £229.99 but on eBay, copies are being sold for around £550, with the highest asking price being a staggering £600. Visiting Game’s website shows that they are completely out of stock, currently, the only way fans of God of War can get their hands on the Jotnar Edition at Sony’s asking price is by visiting PlayStation Direct which is yet to offer pre-orders.

A similar situation unfolded with Australian pre-orders with scalpers listing the Jotnar Edition at well over $1500 AUD on Ebay. It’s very possible that US gamers could also miss out on the Jotnar Edition when pre-orders go live. This isn’t the first time that gamers have been targeted by scalpers who have mostly focused their efforts on high-demand consoles.

Last year, an official petition was launched and sent to the UK Government to introduce laws that would prevent console scalping. It’s a worrying development if individual games are now being targeted.

The Jotnar Edition will include various in-game cosmetics as well as a 7-inch vinyl record with music from series composer Bear McCreary. There’s also a life-sized model of Mjolnir, a steelbook display case and various other goodies. A physical copy of the game won’t be included with the Jotnar Edition, rather players will use a voucher to claim a digital copy.