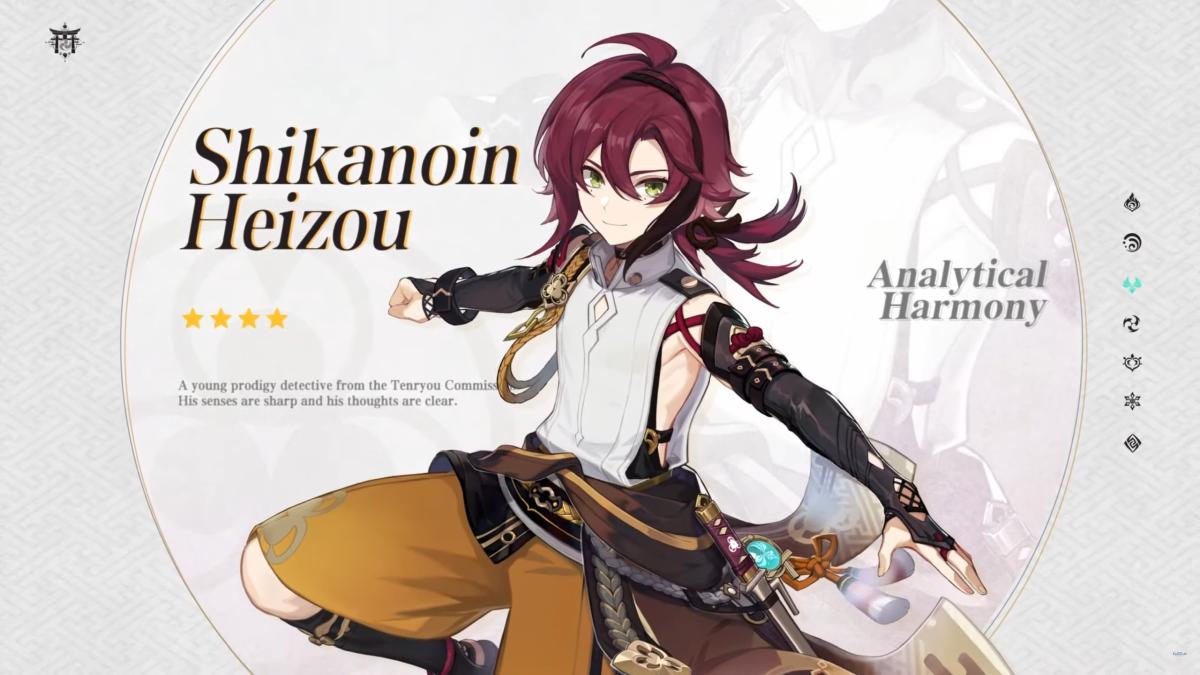 Today Genshin Impact developer HoYoverse followed up on the reveal of version 2.8 with another new trailer.

The trailer focuses on introducing the new character that will get his own wish on July 13, Shikanoin Heizou.

We take a look at a few introductory cutscenes and even some gameplay, even if the real gameplay trailer will come at a later time.

You can watch the trailer below, both in English and Japanese, so you can enjoy it in your favorite voiceover language.

“The wind can bring clues and dispel the fog. If you know how to use it, it’s your best partner in solving crimes. But in Detective Shikanoin’s eyes, it’s more important to have your own “intuition” than a Vision.”

You can also read and see more about the upcoming update 2.8.