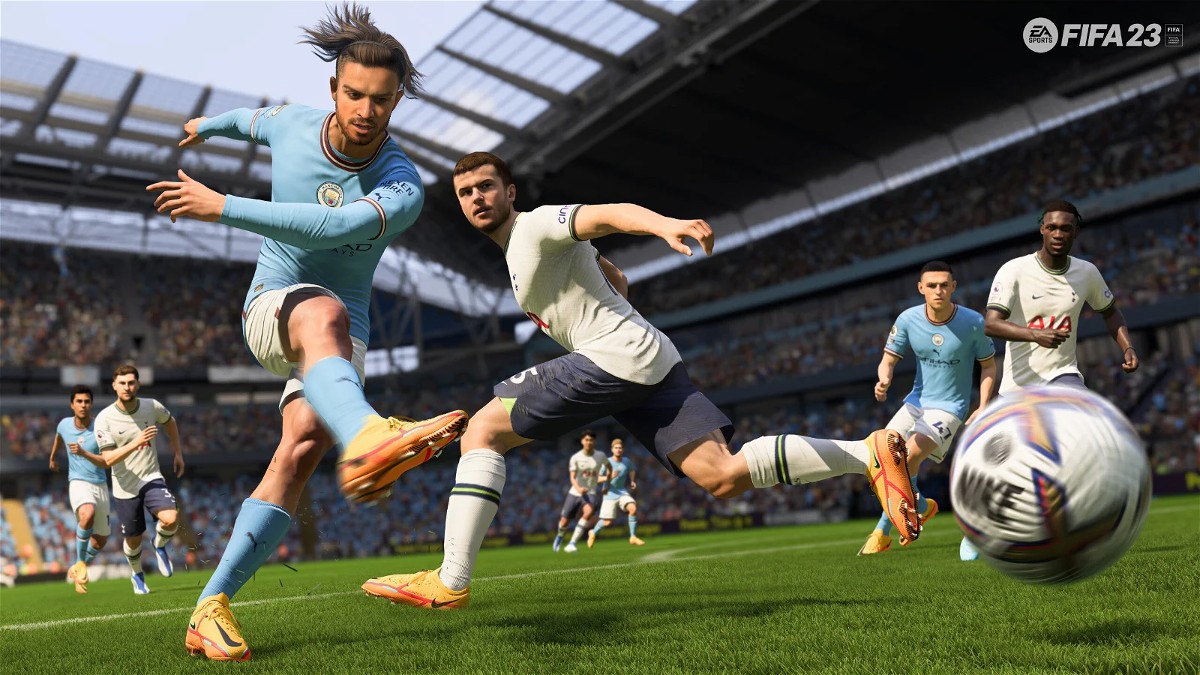 Today, EA Sports showed off the big changes that are coming to FIFA 23, all thanks to the exciting new HyperMotion2 technology. In a new Deep Dive trailer, fans get a glimpse at just how much attacking, defending, set pieces, and even movement have been overhauled.

You can check out the new trailer and all of the exciting new re-designs right down below:

A new skill-based, risk versus reward shooting mechanic brings football’s most powerful and impressive shots into the game. Create space away from defenders, pick your spot and trigger a power shot to add additional power to your strike and a chance of the spectacular.

A set piece redesign gives you more control over free kicks, penalties and corners, allowing you to choose where you make contact on the ball to change direction, trajectory, curl, and more. Plus an update to camera positions on corners better reflects the drama of dead ball situations.

Only on PlayStation®5, Xbox Series X|S, Stadia, and PC

Advanced Impact Physics makes players’ individual limbs more naturally affect the outcome when defenders block the ball in FIFA 23. Deflections and blocks from defenders and goalkeepers’ arms, legs, hands, and even fingers will now have more realistic outcomes determined by the impact of the ball upon them, as they absorb the power of the shot to affect the ball’s path and create more visually authentic deflections based on the speed and force of each individual strike.

New net physics reacts to the motion of players, responding to individual limbs and creating more natural interactions with the net as players run, slide, or fall into the goal.

New collision prediction system enhances players’ awareness on the pitch, allowing them to move intelligently to avoid tackles and collisions.

Hard clearance slide tackles, physical tackles, and even backheel tackles give you more ways to defend against oncoming attackers.

Tactical enhancements mean AI opponents better react and respond tactically to the on-pitch situation, including factors like score, match time, and available players on the bench to change and update formations and playing style mid-game.