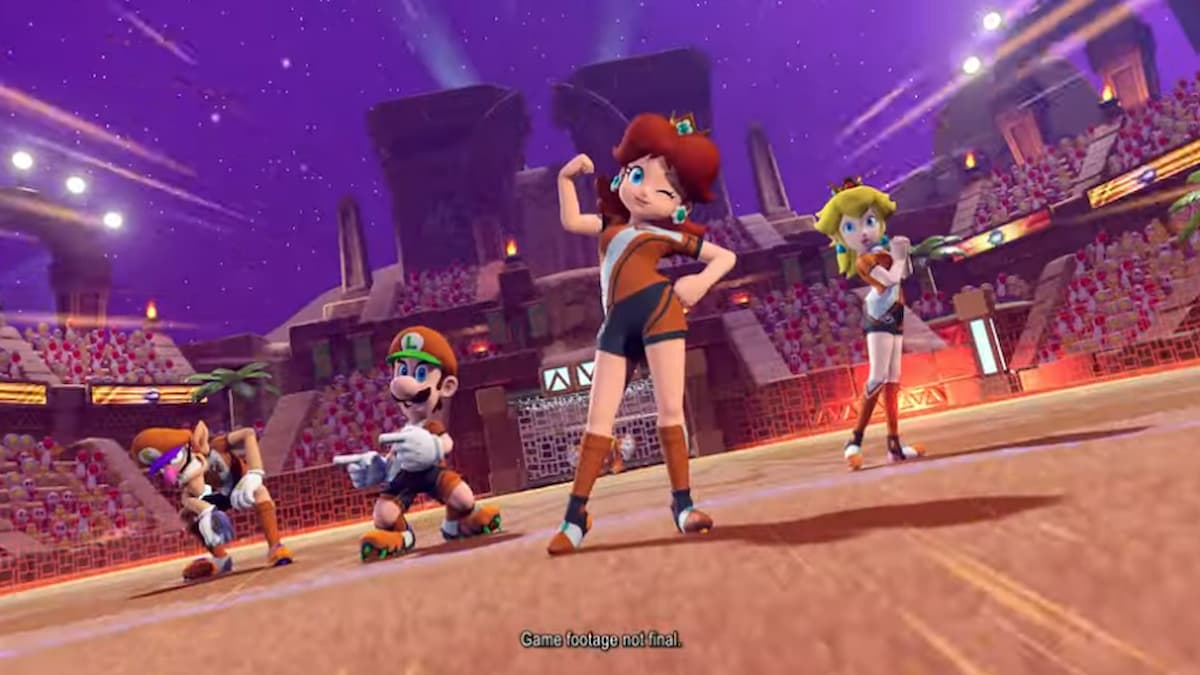 After over one month of waiting, the prayers of the vocal Mario Strikers: Battle League fans have been answered. Earlier today on YouTube, Nintendo announced that two new characters will be coming to the latest iteration of Mario Strikers.

When Does the First Mario Strikers: Battle League Update Release

This first batch of updates for Mario Strikers: Battle League launches in just a few days on July 21. However, it hasn’t been announced what time of day the update will go live later this week on Thursday.

Both Daisy and Shy Guy will be coming to the game as a part of the first free update. These are the first new characters coming to Mario Strikers: Battle League since the game launched back in June. The play style for daisy is a high technique character who doesn’t get knocked down very easily. Shy Guy is the classic jack of all trades and master of none. All of his stats sit right in the middle at 12 or 13 out of 25.

The images below show the full breakdown of each character’s stats.

What Else is Coming in the First Free Update

Besides Daisy and Shy Guy coming to Mario Strikers: Battle League, there will also be a new stadium and a new set of gear added to the game. In fact, previews of these two updates were first shown off during the character reveals.

First, during the Daisy reveal section of the trailer where it’s showing off her Hyper Strike, she can be seen sporting the brand-new Knight gear. As you might expect, the Knight gear looks like a suit of armor. This set increases strength and shooting stats.

The final part of the first update is the Desert Ruin stadium. The first glimpse of it was shown off as Daisy was revealed. This sandy stadium features sand waterfalls and large stone pillars. Even the pitch carries over the desert look with sandy tones.

The first free update for Mario Strikers: Battle League launches on July 21. You can check out the full trailer down below.