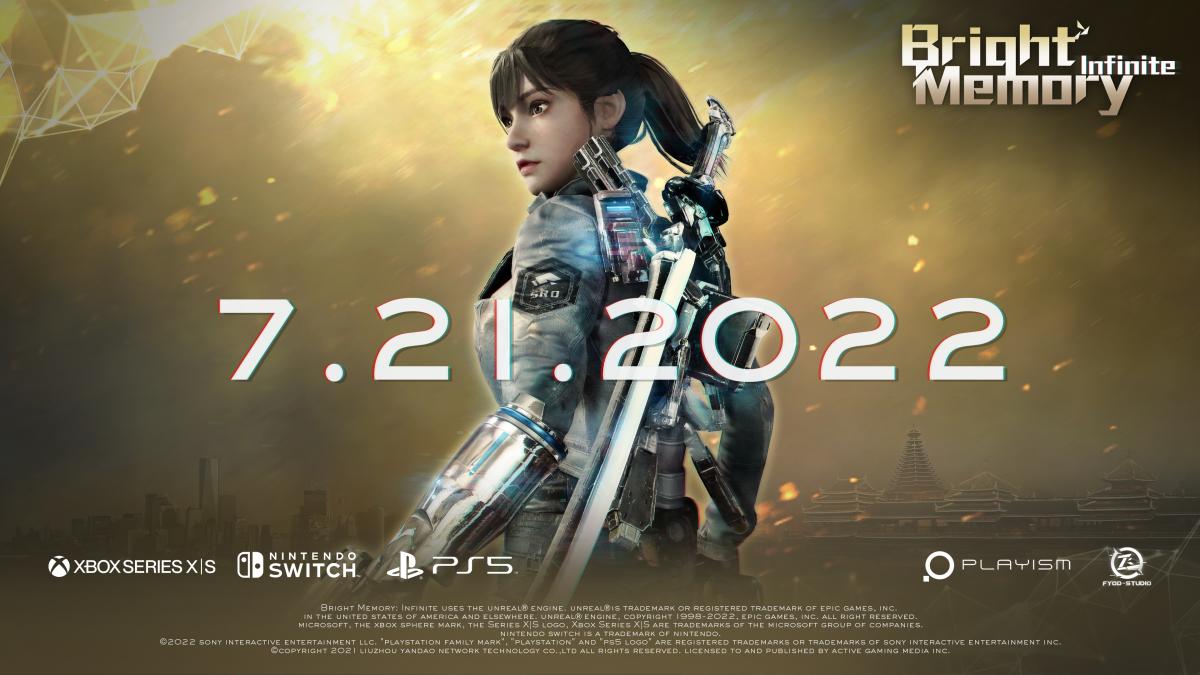 Developer FYQD-Studio and Playism announced the release date of the console versions of the “lightning-fast fusion of FPS and action” Bright Memory: Infinite.

The game, which is already available on PC, will launch on Xbox Series X|S, PS5, and Nintendo Switch on July 21, 2022.

The Xbox Series X|S and PlayStation 5 versions will have support for 4K resolution with ray tracing, while running at a locked 60 frames per second.

If you have a 120 FPS screen, you can activate 120 FPS mode for higher FPS and less input lag. Speaking of input, the PS5 version has DualSense adaptive trigger support.

The Nintendo Switch port makes do with TAA anti-aliasing and gyroscopic aiming support.

Those who have already purchased Bright Memory on Xbox Series X|S can get a 20% discount on Infinite.

The press release included a comment by Zeng from FYQD, promising great gameplay regardless of platform.

Below you can check out not one, but three trailers dedicated to the different consoles.