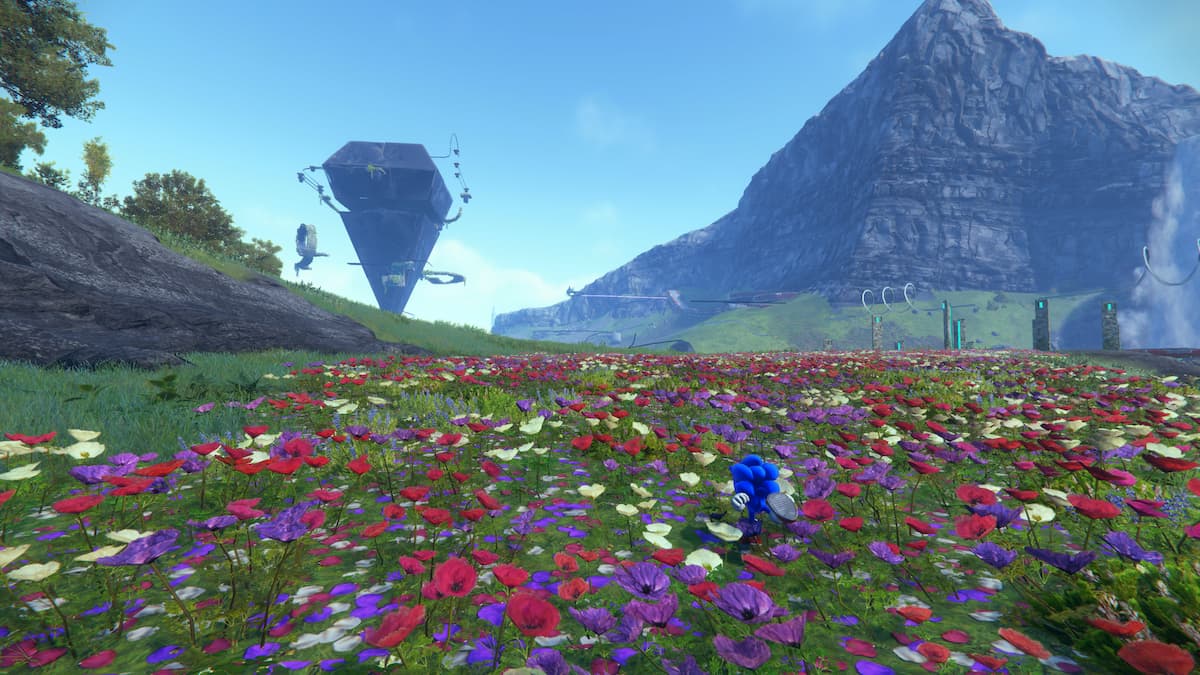 Earlier today, a load of brand-new Sonic Frontiers screenshots were released by Sega showing off the expansive open-world looks in this upcoming title. This is the first foray into an open world for the Sonic the Hedgehog franchise, and Sega appears to be ready and willing to show off plenty of content to give fans a feel for the game pre-launch.

The 11 images found further below all feature different shots of Sonic running around open fields, grinding rails, and fighting mysterious enemies around the open world of the Starfall Islands in Frontiers. There are very few details on exactly what part of the world is being shown off, but many of the screenshots feature green fields and gray rocky mountains.

For those unfamiliar with this brand-new Sonic the Hedgehog title, the official site describes the game as, “An experience like never before, accelerate to new heights and experience the thrill of high velocity open-zone freedom.”

Sonic Frontiers takes place in a brand new area to the Sonic series known as the Starfall Islands. This picturesque island features numerous different biomes for sonic to explore. As the official description says, “…speed through the Starfall Islands – landscapes brimming with dense forests, overflowing waterfalls, sizzling deserts and more!”

Sonic Frontiers currently does not have a set release date, but it is confirmed that the game is set to come out sometime during Holiday 2022. Once the game finally launches, you’ll be able to pick it up for PS4, PS5, Xbox One, Xbox Series X|S, Nintendo Switch, and PC.