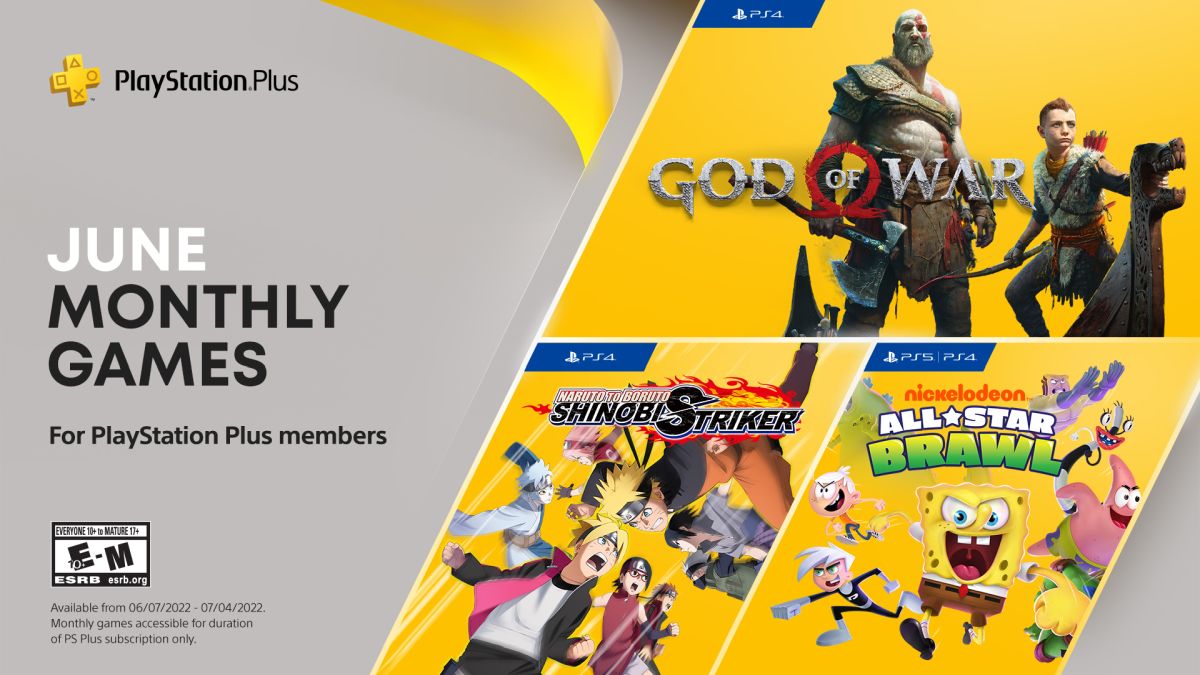 Today Sony Interactive Entertainment announced the games that will be granted to PlayStation Plus subscribers in June 2022 at no additional cost.

The new games will be made available on June 7 to PlayStation Plus subscribers, while we wait for the new tiers to be implemented worldwide.

Living as a man outside the shadow of the gods, Kratos must adapt to unfamiliar lands, unexpected threats, and a second chance at being a father. Together with his son Atreus, the pair will venture into the brutal Norse wilds and fight to fulfill a deeply personal quest. This staggering reimagining of God of War combines all the hallmarks of the iconic series – epic boss fights, fluid combat, and breathtaking scale – and fuses them with a powerful and moving narrative that re-establishes Kratos’ world.

The Naruto franchise goes 4 vs. 4, featuring team-based gameplay with 8 ninjas fighting simultaneously. Players cooperate as a team of four to compete against other teams online. Graphically, Shinobi Striker is also built from the ground up in a completely new graphic style. Lead your team and fight online to see who the best ninjas are.

Brawl it out as your favorite Nickelodeon characters in bombastic platform battles. With a power-packed cast of heroes from the Nickelodeon universe, face-off with all-stars from SpongeBob Squarepants, Teenage Mutant Ninja Turtles, The Loud House, Danny Phantom, Aaahh!!! Real Monsters, The Wild Thornberrys, Hey Arnold!, Rugrats, and more to determine ultimate animation dominance. With unique move sets and attacks inspired by their personalities, each character has an individual style of play enabling endless action for Nickelodeon’s legion of fans.

You still have until June 6 to add May’s PlayStation Plus lineup to your collection before PlayStation makes those games unavailable.