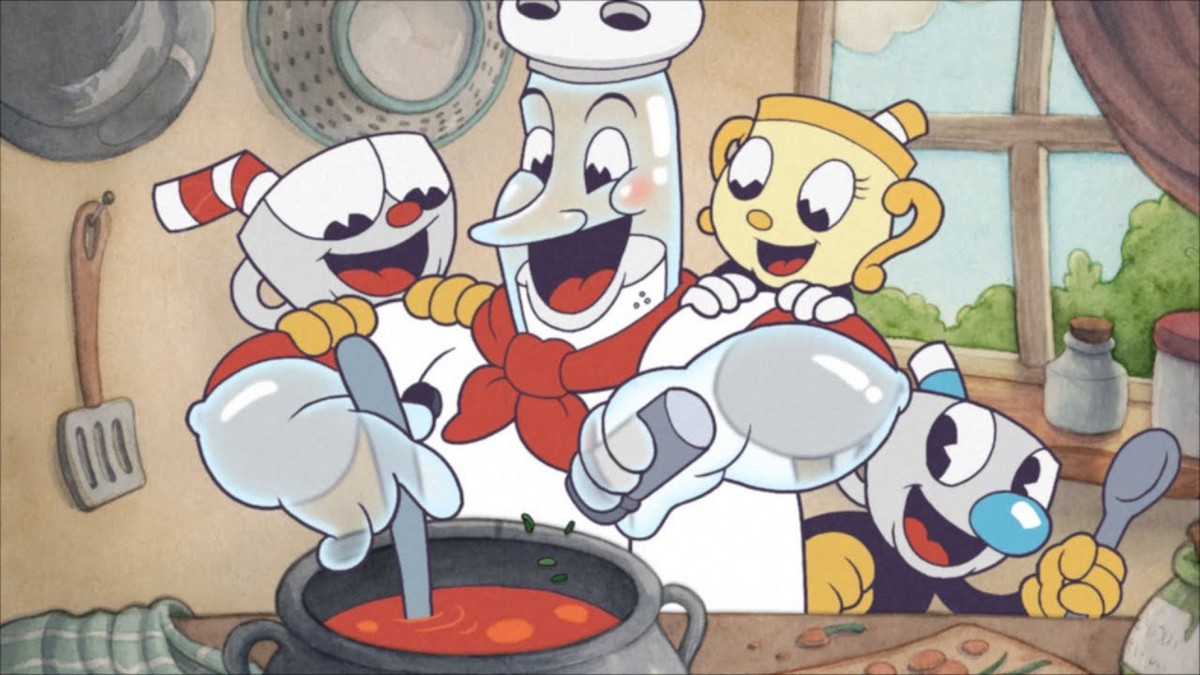 If you are looking for a solution on how to solve the graveyard puzzle in Cuphead: The Delicious Last Course, we are here for you.

With the release of Cuphead: The Delicious Last Course, it’s time for more challenging platforming and action. While the game may be new, its commitment to a high skill ceiling remains, and things are even more hectic in this new DLC. Aside from all the new bosses and levels, there is a particular puzzle found on Isle IV that is worth solving.

Solving the Graveyard Puzzle in Cuphead: The Delicious Last Course

Solving the puzzle in Cuphead: The Delicious Last Course is going to take some thinking, and after you have done so, there will be quite a fight waiting for you. Here’s what you will need to do:

Interacting with the blue beam of light will transport Cuphead into a secret boss fight against an angelic-looking entity as well as a devilish counterpart. However, the boss fight is not exactly that hard to figure out.

The enemies will attack, but it will only cause you damage if you happen to be looking in their direction. So looking at the devil will cause only the fireballs to hurt you, and vice versa. On top of that, players should look out for the sweeping beam that cuts across the stage, remember to face away from it to avoid damage. Lastly, the cloud will fire off lightning bolts once in a while, so avoid it to stay alive.

The recommendation is to use either Crackshot or Chaser to provide consistent damage against the bosses, while leaving you relatively free to juggle the direction you are facing and avoiding projectiles. The bosses might have a large health pool, but keep at it and you will eventually bring them down.

Reward for Solving the Graveyard Puzzle and Beating the Secret Boss

Just like how Cuphead always seems to be able to surprise us, going through this whole process might seem worthy of an excellent reward, but alas, that’s not happening. Instead, you will be getting the Cursed Relic charm. When equipped, you will start any level with your life at 1, while weapons will randomly get switched around throughout the level.

If you were hoping to make an already hard game even more testing, then this is probably a good way to go about it. At this moment, we are still not sure if the Cursed Relic can be refined further into something more beneficial, and we will update the guide when we have more information.

That is all you’ll need to know about solving the graveyard puzzle in Cuphead: The Delicious Last Course. For even more useful tips and tricks, be sure to check out all of the new weapons in the DLC or how long it might take you to finish it. For everything else, be sure to search Twinfinite.