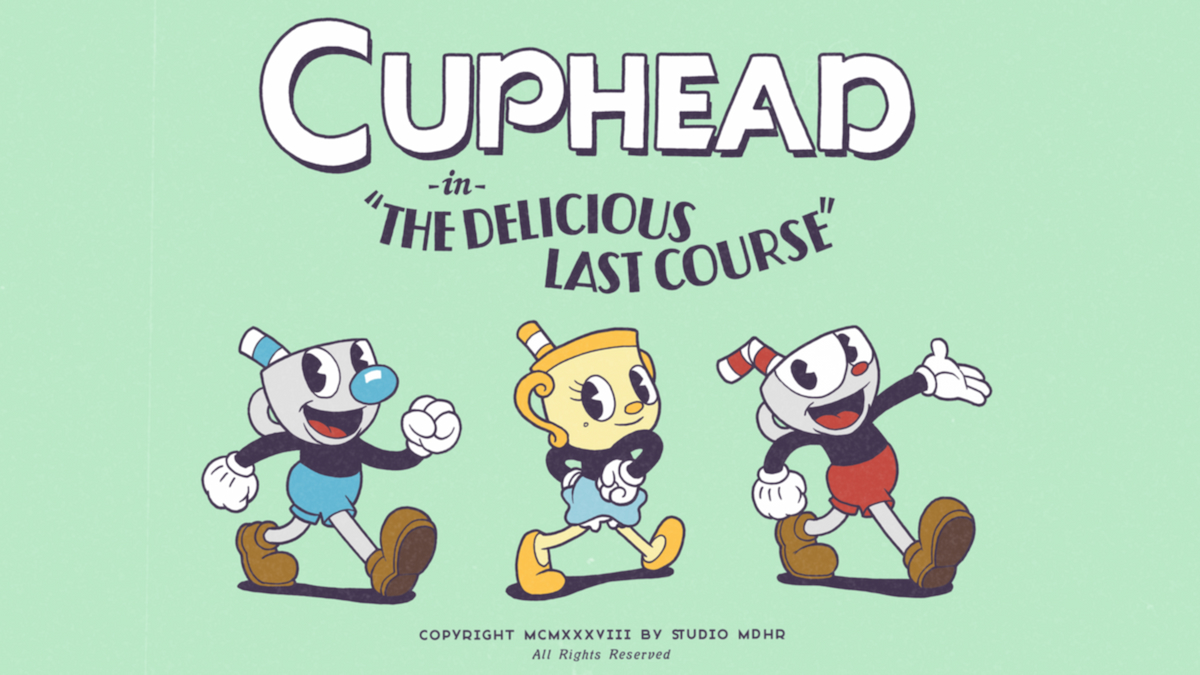 Cuphead’s blend of iconic animation and tough-as-nails gameplay made it an instant classic when it was released back in 2017. So it was a welcome surprise when developer and publisher Studio MDHR announced it would be supported with DLC.

With The Delicious Last Course, Studio MDHR is looking to expand the base game’s breadth by adding an entirely new quest filled with charming NPCs, valuable trinkets, hidden secrets, and epic boss encounters.

Twinfinite was invited to attend a digital preview event hosted by Studio MDHR to get a glimpse of what awaits players in The Delicious Last Course, which launches on PC, PS4, Xbox One, and Nintendo Switch at the end of the month on June 30.

Cuphead: The Delicious Last Course sees titular hero Cuphead and his brother, Mugman, exploring the mysterious island of Inkwell. The narrative push here is that Ms. Chalice (known as Legendary Chalice in the base game) has discovered a way to return to her physical form (she is a ghost). This endeavor will require gathering legendary ingredients, each of which is guarded by a formidable boss, and baking the mystical Wondertart, with the aid of new NPC Chef Saltbaker.

And so the adventure begins. You can access the Delicious Last Course (or DLC, get it? I didn’t, for a frankly embarrassing amount of time) early in the base game; you just need to have beaten a mausoleum level. After doing so, the ferryman can now take you to the new Inkwell Isle, an area larger than any in the base game, packed with secrets and new challenges to overcome.

The star of the show here is Ms. Chalice, who has a different move-set to Cuphead and Mugman, and abilities that are all her own. She can double jump, for one thing, and her projectiles take a separate form for another. Her design is, of course, effortlessly charming and once unlocked, you can play as Ms. Chalice throughout all of the base game. These changes add some extra incentive for players looking to experience Cuphead all over again.

Cuphead has always put a heavy focus on its boss battles, and in the DLC, the developers have ratcheted things up a notch. During the preview event, they stated that each new boss is designed to feel like the final boss of the base game, so anyone seeking a challenge is sure to find it here.

Boss arenas will now transform accordingly throughout the different phases of each encounter, increasing the complexity of each fight drastically.

During the preview, an early boss encounter in a coliseum against Mortimer Freeze was shown. Freeze begins the fight in the form of a flying ice wizard, showering the arena in projectiles. In the next phase, he cloaks himself in the falling snow to become a monstrous beast capable of massive slam attacks, or rolling directly at the player.

This beast can, on a dime, transform into a combination fridge/freezer, capable of launching massive ice cubes at devious angles. The battle then takes to the skies, where Freeze takes on the form of a gigantic snowflake, blasting the platforms on which you must stand with an icy breath attack.

It’s wild stuff, and it should almost go with saying, but it all looks absolutely incredible. The Golden Age art style, inspired by cartoons from the 1930s and ’40s, is so eye-catching that my biggest issue when playing Cuphead is that I am so mesmerized by the animations on display that I would occasionally forget to dodge. That’s on me, of course, but Cuphead in action is a sight to behold.

The new music, inspired by the same era, is also stellar. More than 110 musicians worked on it, which was a nightmare for the team to manage, as development took place during the height of the COVID-19 pandemic.

Something that may disappoint players is that the developers confirmed that there are no sidescrolling or platforming stages in the DLC, with the gameplay focus being directed instead to Ms. Chalice herself and to the more climactic boss encounters.

I asked how long an average playthrough would take, which is a tricky question for developers to answer (considering variables like player skill levels and completion percentage) but was told that experienced players could expect 3 to 4 hours worth of content in the DLC.

That, frankly, strikes me as overwhelmingly generous, considering that The Delicious Last Course is priced at just $7.99. Considering the amount of work that went into the art alone, that price point seems incredibly reasonable.

Cuphead: The Delicious Last Course is shaping up to be an exceptional expansion to one of the most unique platformers of the modern era. Its high level of difficulty may be offputting for newcomers, but for veterans of the original release, this is a must-have piece of DLC.