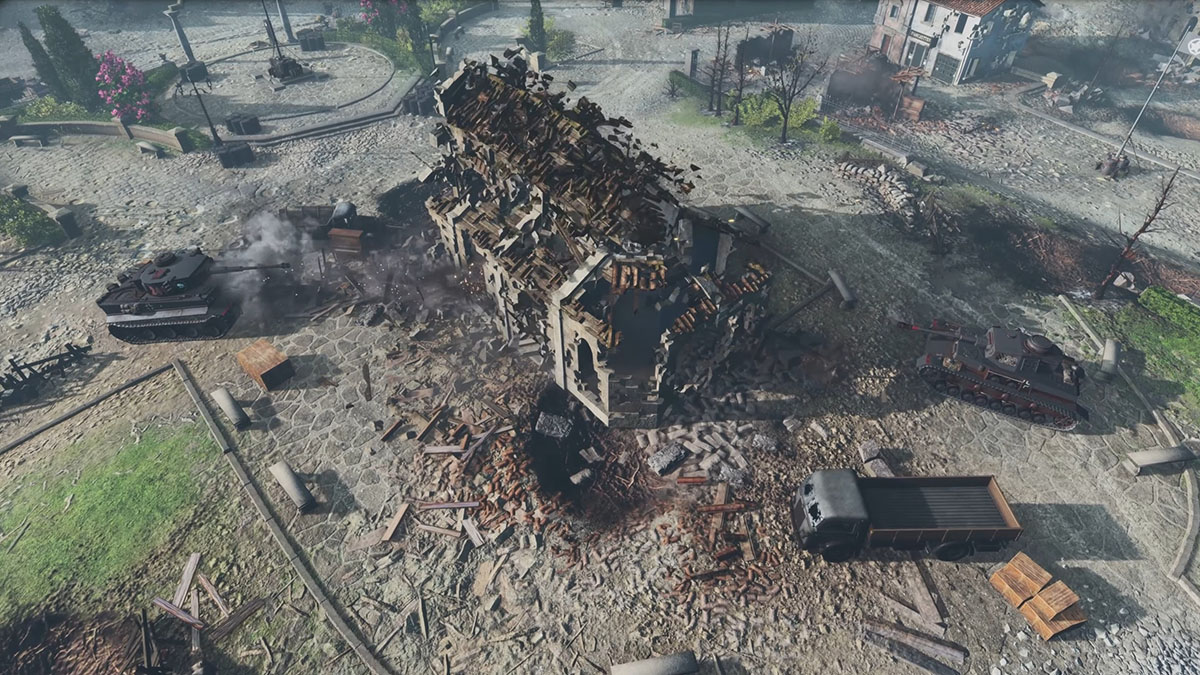 Sega released a new Company of Heroes 3 video featuring a look at the implementation of dynamic destruction within the upcoming real-time strategy game.

We get to see how different hits from artillery and tanks coming from different directions can affect a variety of buildings, with walls and roofs that can collapse, furniture that can explode and scatter all over the place, plaster that flakes off, and holes in the structure that reflect the nature of the hit.

Soldiers will also be able to use semi-destroyed building and their ruined footprint as cover. The whole implementation certainly looks very advanced and visually spectacular.

The developers can also “pre-destroy maps” by dropping bombs on the map while it loads so that it already looks “fought in” when the battle starts.

You can check out the article below.

If you’re unfamiliar with the game, here’s an official description directly from Sega. You can also enjoy another video focusing on the campaign.

“The legendary strategy franchise is back! Company of Heroes 3 is the ultimate package of action, tactics and strategy. Take charge in the heat of real-time battle, then command as a General guiding the overall campaign where every decision matters. ​