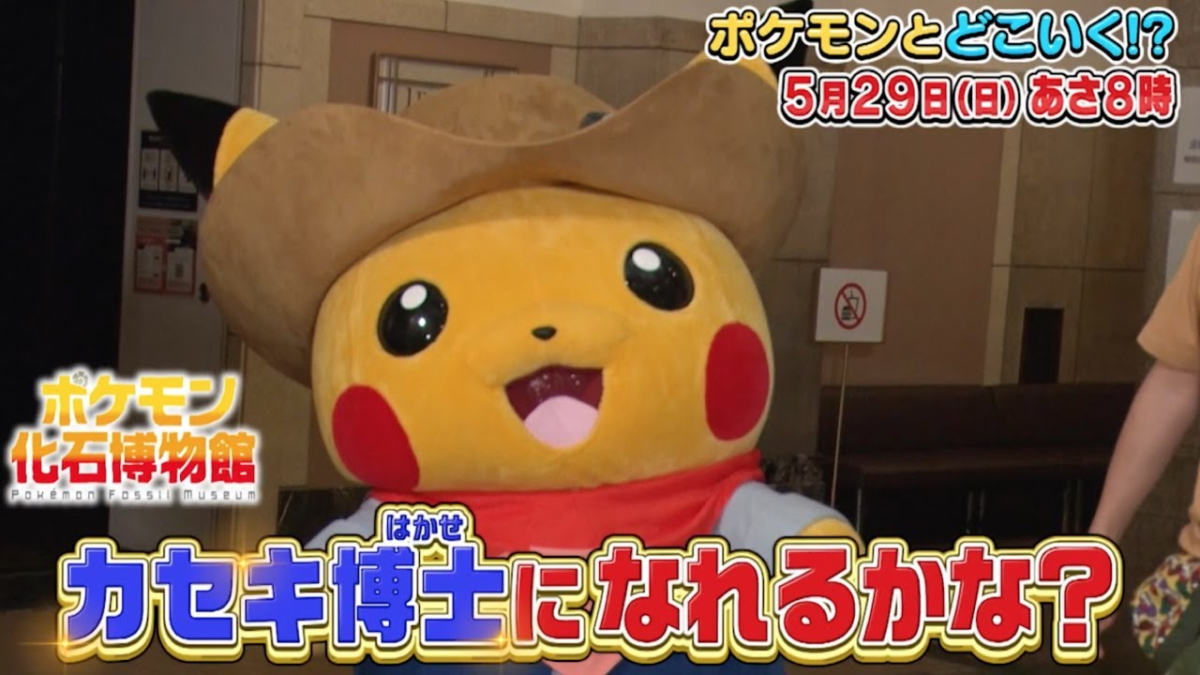 Pokedokoro is a kid’s variety TV program in Japan, and the latest advertisement for the show’s upcoming episode teases some places they will feature, such as the Pokemon Fossil Museum, a Pokemon Center store, and a Pokemon Cafe.

The advertisement is only 30 seconds long, but it packs a lot into a short amount of time, and it follows the show’s theme of “where are you going with Pokemon.”

The first thing it shows off is the Pokemon Fossil Museum in Japan, an exhibition that teaches paleontology in a unique way. People who visit the museum can compare the fossils of Pokemon, such as Tyrantrum and Kabutops, to their real-life counterparts. It’s super interesting to see the constructed fossil models of these familiar Pokemon, and it certainly makes learning about real ancient life more fun.

The next part of the advertisement takes us through one of the Pokemon Center stores located in Japan. It shows off a room with wall shelves full of plush toys, which is any Pokemon fan’s dream to walk through. We can see the hosts of the show getting excited over finding a certain plush amidst the collection.

Finally, the advertisement shows the hosts of the show eating at one of the Pokemon Cafes in Japan. This cafe prepares its food to look just like Pokemon, such as a Snorlax dessert or a Pikachu lunch dish. They even show three cookies based on the Galar starter Pokemon Grookey, Scorbunny, and Sobble.

This upcoming episode of Pokedokoro will air on Sunday, May 29. It promises that whether you are already a Pokemon fan or a beginner who wants to know more about the Pokemon world, you’ll enjoy the journey.

The episode of Pokedokoro will only be broadcast in Japan, but you can get a taste of what the show is like in the adorable advertisement below.

Which of these three places would you most want to visit—the Pokemon Fossil Museum to learn about ancient life, the Pokemon Center store to buy lots of plushies, or the Pokemon Cafe to eat a lot of delicious food?