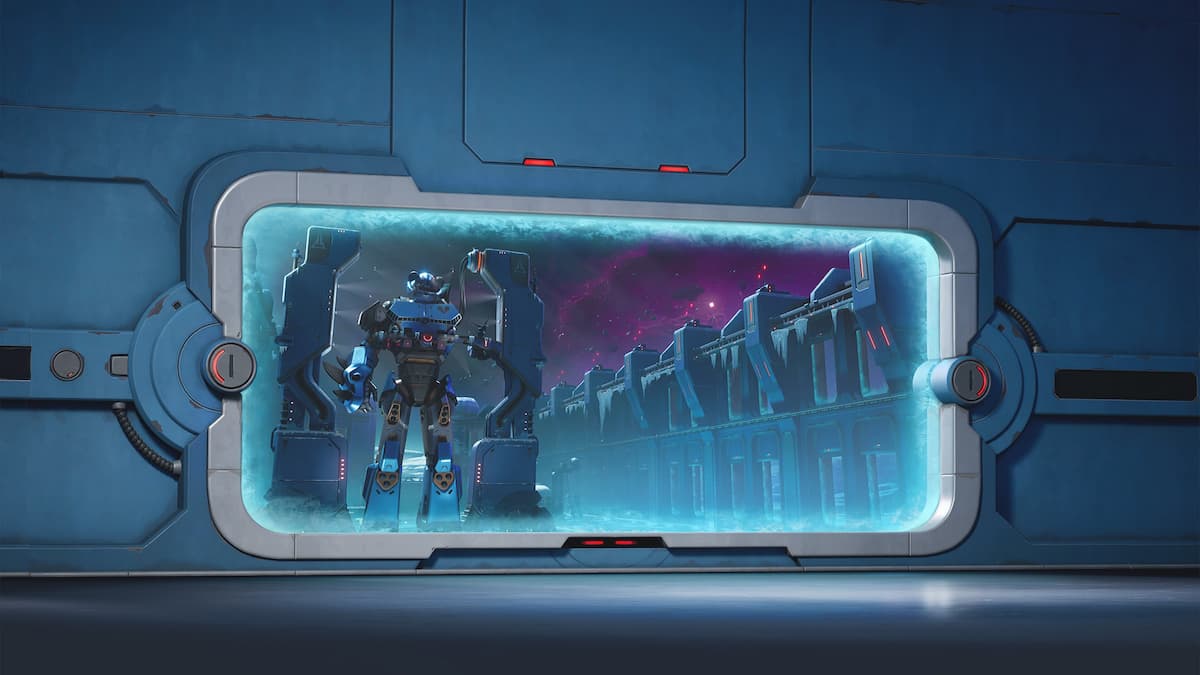 Ahead of Fortnite Chapter 3 Season 2’s ‘end-of-season’ event set to take place this coming Saturday, the official Twitter accounts for Epic Games’ ever-popular Battle Royale title has been sliding into the DMs of content creators with teaser images.

The first of these was seemingly sent to Ali-A, who was one of the latest content creators to join the ‘Icon’ series of skins in-game. The image he received shows part of a hologram on a purple background.

It’s clear from the background and the hologram that appears in both of the teasers, these are part of a larger teaser image. The purple background and angled lines also appear to match up, though piecing the two images together currently doesn’t give us a clear idea of exactly what the larger image will show.

Currently these are the only two images that we’re aware of having been sent by the official Fortnite Twitter accounts. It’s likely there will be a slow trickle of these images sent out to various content creators over the coming week leading up to the end-of-season event.

A thread over on the FortniteBR subreddit showcasing the image sent to Ali-A, has become a thread for speculation on what the larger image may be. Some players believe it’s the ‘outside of the loop bubble,’ while others believe that it’s just hinting at a ‘space theme’ for the coming season.

For those unaware the ‘loop bubble’ is part of a theory that the Battle Royale island is constantly in a time loop created by the Imagined Order which resets every 22 minutes when the Storm circle entirely closes. This is only a lore theory, however, and has never been officially confirmed. Some fans believe that if the images do feature the loop bubble, it could be pointing towards the upcoming event having catastrophic events for the island and its inhabitants, or just a very ‘lore-heavy’ upcoming season.

What do you make of the teaser images? Let us know down in the comments below.