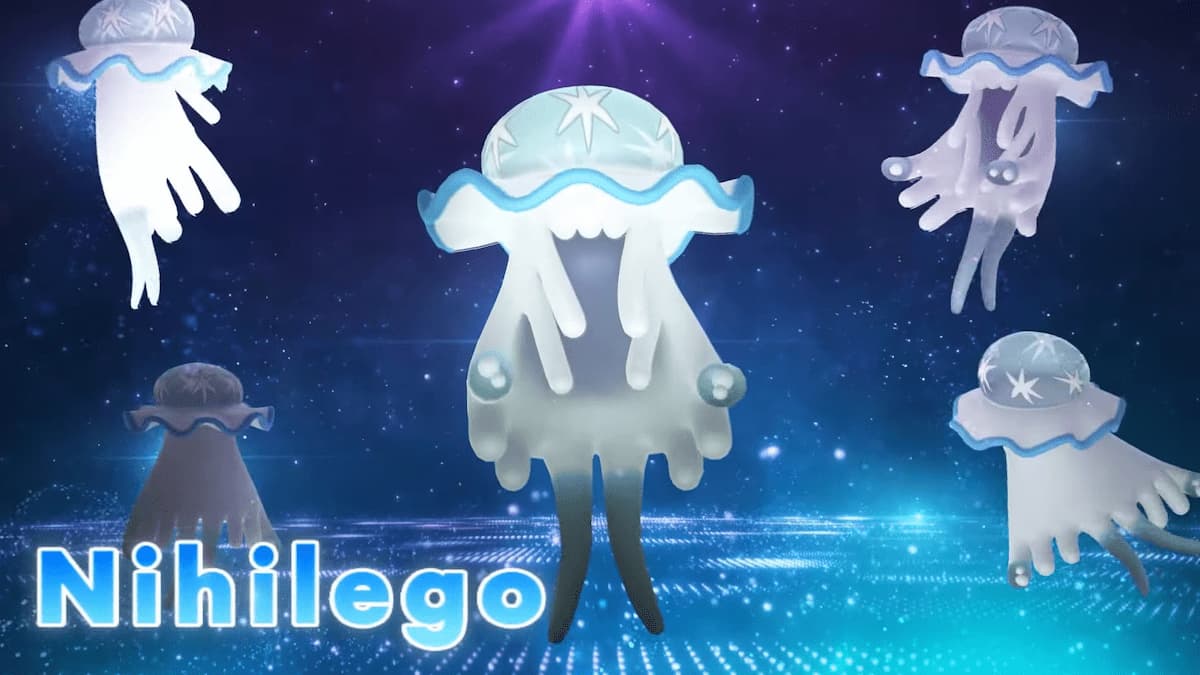 Earlier today on the Pokemon GO YouTube channel, the debut of the first Ultra Beast was teased in a relatively short 15-second trailer. It looks like the Rock/Poison-type Nihilego will be the first of the Ultra Beasts to be introduced to Pokemon GO. At the end of the trailer, we also see the back of a trainer dressed up in Ultra Recon Squad-themed pants, jacket, and helmet.

This debut was bound to happen sooner rather than later since Pokemon native to the Alola region started showing up in Pokemon GO earlier this year and they’ve already made it through the four guardian deity Legendaries. But now that Ultra Beasts are on the way, there’s no telling what kind of impact they might have on the game.

The Ultras Beasts are a group of Pokemon that come from Ultra Space. In Sun and Moon, these creatures would come through Ultra Wormholes and could be found all around Alola. It’s currently unclear if there will be a new mechanic added for the Ultra Beasts to make their counters like the mainline games or if they’ll just be added to five-star raids like Legendary Pokemon.

We already know Nihilego will be coming soon, but that leaves 10 more Ultra Beasts to be announced. Down below is a list of each one yet to be revealed.

You can check out the official trailer revealing Nihilego for Pokemon GO down below.