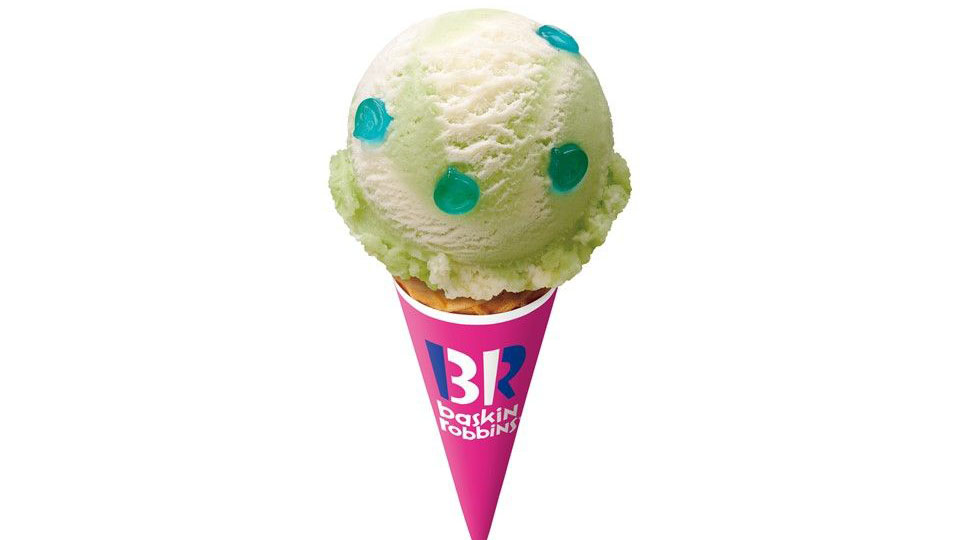 The ice cream chain Baskin Robbins is super-popular in Japan, and it’s going to be even more popular thanks to a Dragon Quest collaboration.

The collaboration, which is already active and will continue until May 31, is associated with the smartphone game Dragon Quest Keshi Keshi! and is centered around an ice cream flavor inspired by the iconic slimes.

The flavor is cute even in its name (“Punitto Slime Hoimi Flavor,” which meals “Gummy Slime Heal Flavor”) and comes with vanilla and apple sorbet with soda-flavored gummies that (according to the press release) will make you want to say “Hoimi!” (the Heal spell in the Dragon Quest series) when you bite it.

A second product is the Dragon Quest Keshi Keshi! Variety Box that includes 8 ice cream cups with flavors of your choice to take out in a special Dragon Quest box accompanied by 8 original coasters.

The collaboration will also appear in the game, with a set of Dorakeshi (erasers) inspired by Baskin Robbins and its ice cream.

This isn’t the first time Baskin Robbins has collaborations with video games and pop culture franchises in Japan. I personally tried the “Pikachu Ice Cream” flavor included in a Pokemon collaboration and it certainly was… interesting.