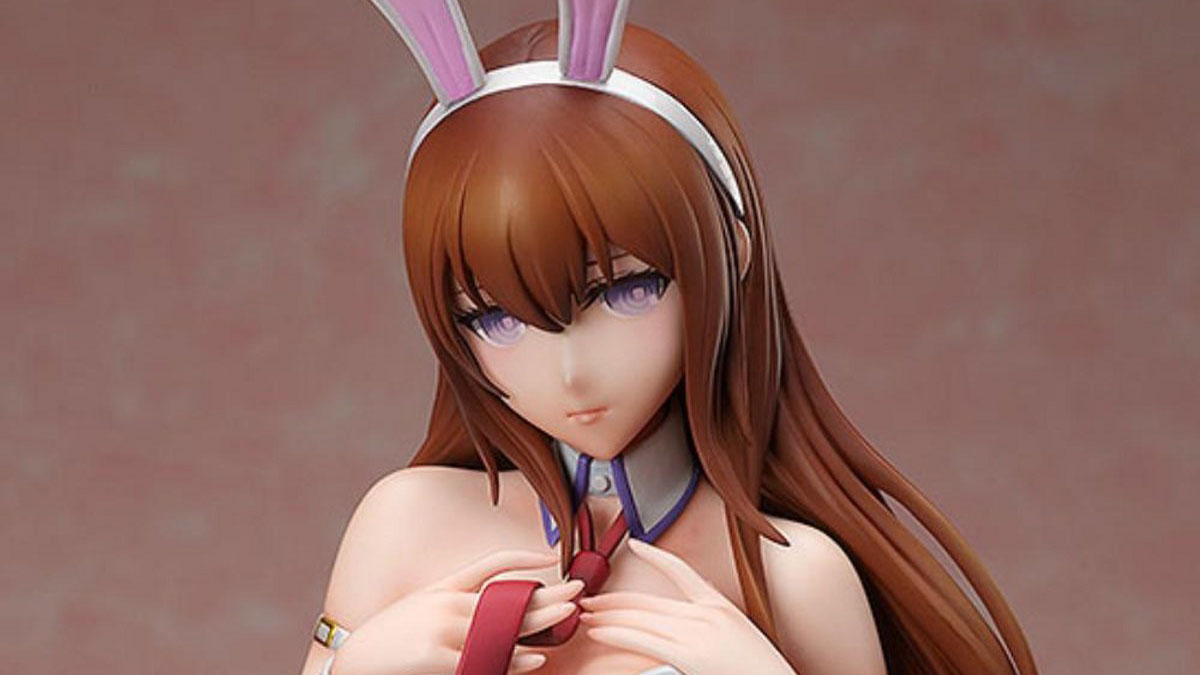 The popularity of the Steins;Gate series of visual novels is still quite strong, and FREEing made another figure available for pre-order.

The figure portrays beloved heroine Makise Kurisu and if you’re familiar with the FREEing brand, you probably know what to expect, a massive 1/4 scale bunny girl figure.

She’s available for pre-order on Good Smile Company’s Japanese store and on the American one, priced respectively at 27,500 yen and $249.99.

The price shouldn’t surprise considering that she’s really tall, standing at approximately 420mm due to the large scale.

Incidentally, this is a variation on another figure released a while ago, lacking the stockings and with a white costume instead of black.

If you’re unfamiliar with the Steins;Gate series, it’s the most popular among the Science Adventure visual novels by Mages. A new game is in the works, even if we haven’t heard much about it just yet.