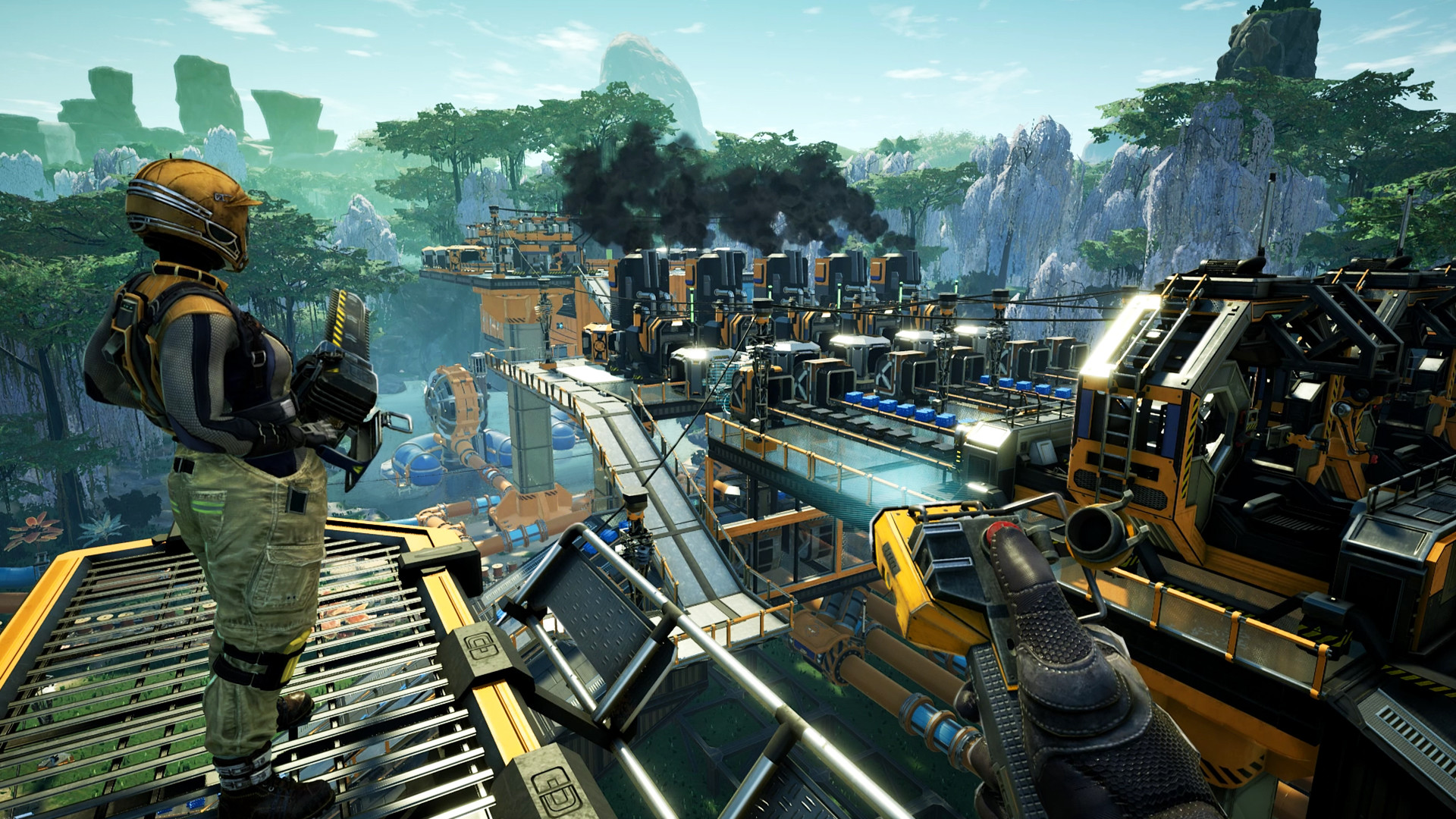 Coffee Stain Publishing has just announced the sixth update for the popular base-building early access game, Satisfactory. As the game moves ever closer towards its final 1.0 release, the developers are pushing out the final bits of content that we can expect to see in the full build.

Some of the headlining features include the brand new Spire Coast area, which will be located in the northern part of the map. This is a new tropical area surrounded by tall spires, which should make for interesting challenges when it comes to vertical building.

Here’s a full rundown of everything that’s coming in this new update:

Spire Coast and Swamp Area overhauls
To kick things off, a formerly quite barren part of the northern coast is receiving a breath-taking update of its terrain and flora to fully live up to its name: The Spire Coast. A serene tropical coastal area, dominated by large spires that can create an interesting challenge for vertically aligned factory builders.
The already gloomy Swamp has received a full plant-life overhaul to achieve the final version of this unsettling and noxious area. While the terrain has only changed in minor ways and resources remain the same, the vibe of the Swamp is far more refined.
Coffee Stain Studios is working on further polishing the atmosphere of Satisfactory’s world by improving lighting, sky and the weather on MASSAGE-2(AB)b. While this is an ongoing process, specific improvements will be visible in the starting areas of Dune Desert, Grass Fields, and the Northern Forest. In general, the cloud coverage and sky has seen improvements and Update 6 seems to be coming with a risk of rain… something that is not yet confirmed but on the horizon.

Creature and Equipment improvements
MASSAGE-2(AB)b has become inundated with new and improved critters. A lot of work has been done to improve creature visuals and behaviours and add new additions to the wildlife, creating a more immersive exploration experience. To help tackle these new upgraded threats, improvements have been made to combat mechanics. Most notably, Update 6 will contain feature equipment changes and additions to give players more tools to engage in combat. These updates will mainly impact exploration, but there might be more equipment changes coming that will improve factory traversal as well.

Updated maps and more!
The player map will be upgraded with a range of UI improvements to make it easier to use and for pioneers to plan their expeditions and factory layouts. The Radar Tower will get an overhaul, to actually make it useful for exploration. Because it wasn’t before.

Satisfactory is now available on PC as an early access title.