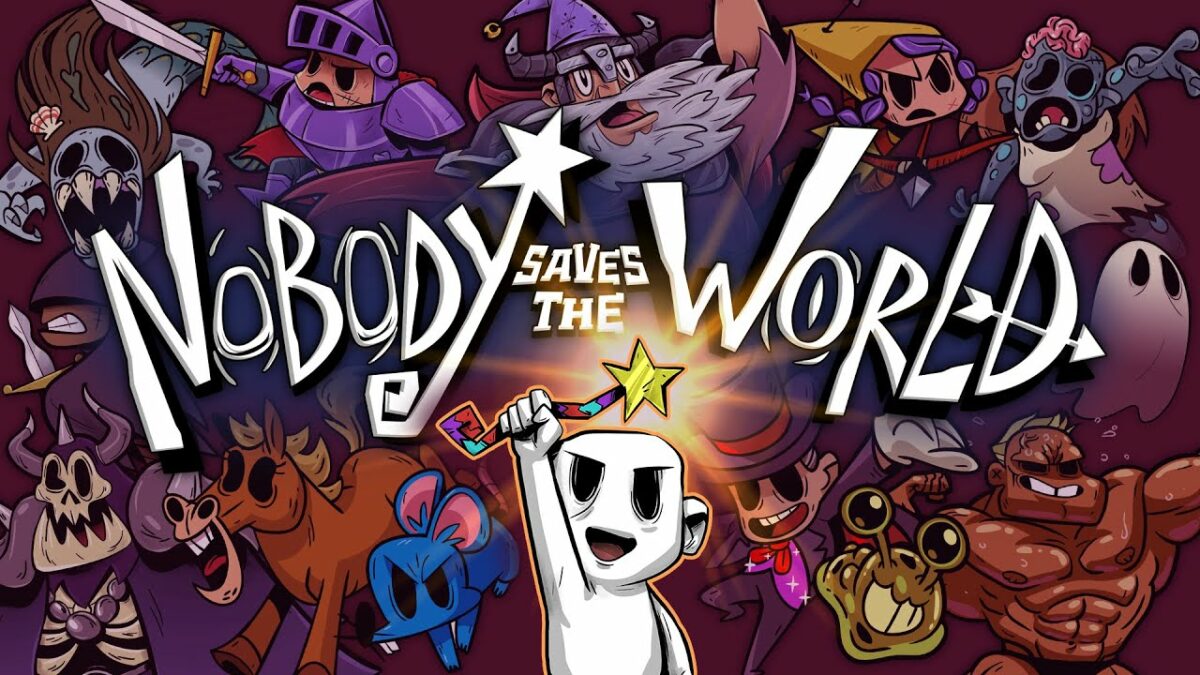 Today, Drink Box Studio is celebrating the release of its newest game, Nobody Saves the World, as it releases on Nintendo Switch, PS4, and PS5 for the first time. To go alongside these new console releases, the developers have also released an accolades trailer to get fans hyped.

You can check out the newest trailer for Nobody Saves the World, as well as info on the game’s description and features, right down below:

The Calamity’s power is growing, and nobody can save the world now. Good thing you’re a nobody!

Complete Quests to discover and swap between many varied and distinct Forms. Mix and match abilities in unexpected ways to unlock and complete even MORE challenging Quests. Join a friend to explore a vast overworld filled with misfits and monsters, while clearing shape-shifting dungeons in an effort to beat back the CALAMITY and Save the World!

QUESTING, NOT GRINDING: Player progression and new abilities are obtained by completing quests, not by defeating monsters. Quests range from “Complete a Dungeon”, to “Poison Baddies”, to “Cheer up a Fellow Rabbit-Lover”.

QUESTS UNLOCK NEW FORMS: Level up and unlock new Forms by completing quests. Each new Form has specific strengths and weaknesses and new abilities to experiment with.

COMBINE ABILITIES: Customize your Forms by equipping abilities from other Forms: Mix and Match abilities in fun and unexpected ways!

EVOLVING DUNGEONS: As you become stronger, procedurally generated dungeons will increase in difficulty and complexity to keep you on your toes!

ONLINE & LOCAL MULTIPLAYER: Want some company on your adventure? Invite a friend to your game and Save the World together!

Nobody Saves the World is now on Nintendo Switch, PS4, PS5, Xbox Series X|S, Xbox One, and PC, and is available for $24.99. Anyone who owns Xbox Game Pass can also download the game now for free.