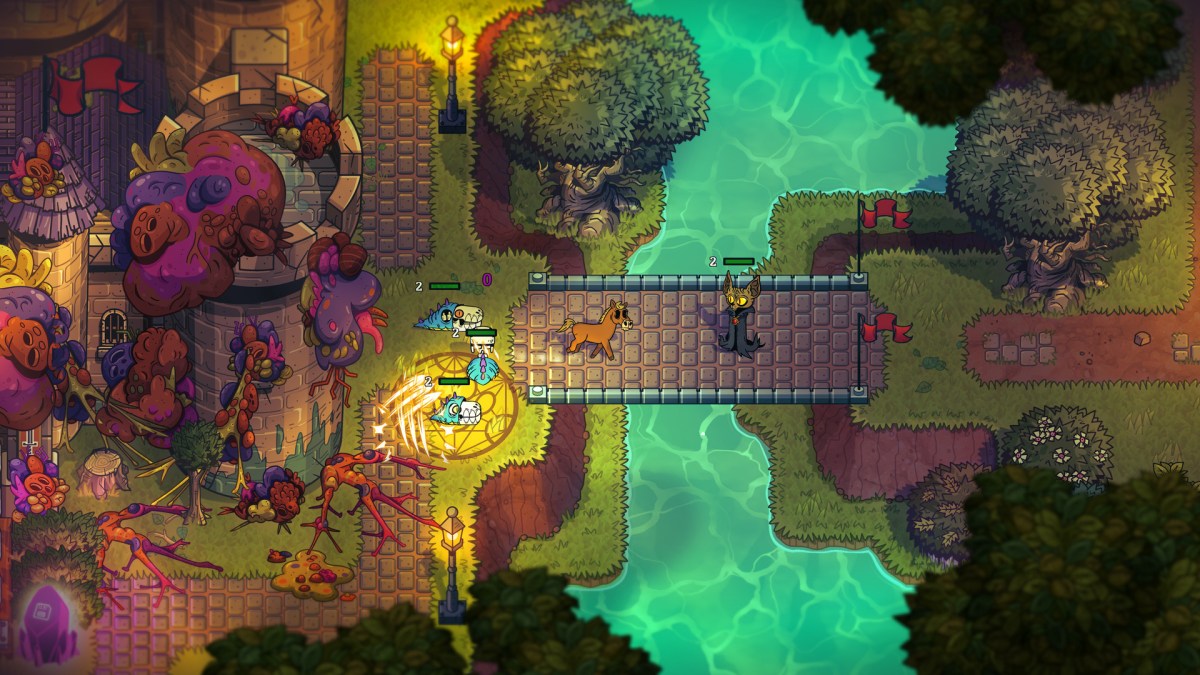 Developed by Drinkbox Studios, best known for releasing the Guacamelee! games, Nobody Saves the World is a new colorful RPG that’s set to be released on Xbox and PC later this month. Announced via press release from Drinkbox, the game will be released on Jan. 18 for Xbox One, Xbox Series X|S, and PC via Steam.

If you’re a Game Pass subscriber, you’ll also have access to the game on day one on console or PC through the Xbox app.

Nobody Saves the World features a vibrant, colorful world and a narrative that’s just dripping with charming and funny writing that players have come to expect from the Guacamelee! developers. It also features online co-op, so players will be able to team up with each other to explore the world together.

Here is an official description taken from the launch date trailer above:

From the creators of Guacamelee! comes Nobody Saves the World, a top-down Action RPG with Online Co-op, in which you play many different character Forms, each with their own unique gameplay mechanics.

The Calamity’s power is growing, and nobody can save the world now. Good thing you’re a nobody!

Complete Quests to discover and swap between many varied and distinct Forms. Mix and match abilities in unexpected ways to unlock and complete even MORE challenging Quests. Join a friend to explore a vast overworld filled with misfits and monsters, while clearing shape-shifting dungeons in an effort to beat back the CALAMITY and Save the World!