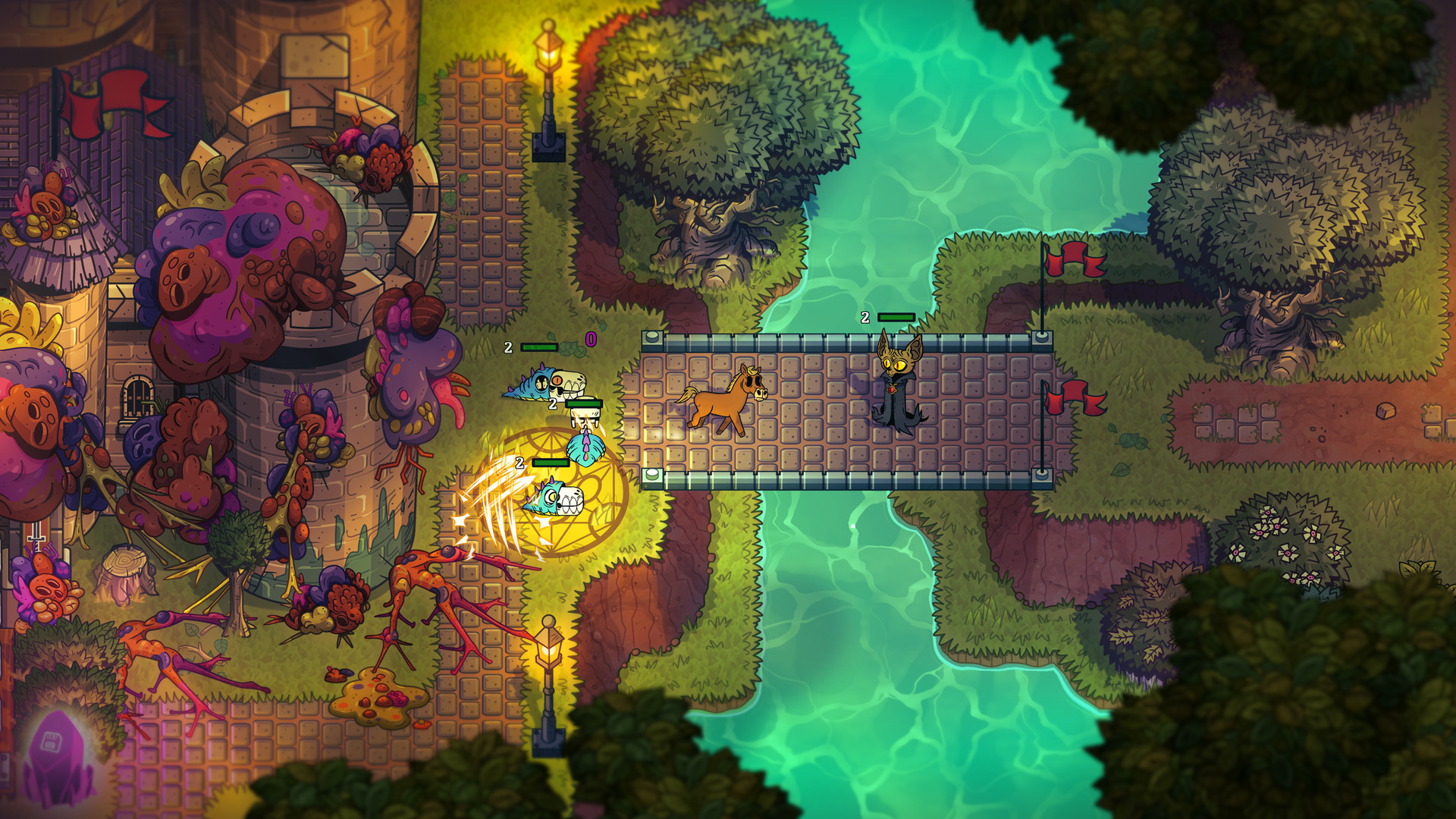 Guacamelee and Severed developer Drinkbox Studios announced today that its latest game, Nobody Saves the World, will be launching for Nintendo Switch, PlayStation 5, and PlayStation 4 next week on April 14. The action RPG originally released last January for Windows PC, Xbox One, Xbox Series X|S, and Xbox Game Pass.

The game will retail on all platforms for $24.99, but preorders are open starting today with a 10% discount. PlayStation players will receive both the PlayStation 4 and PlayStation 5 versions with one purchase, and the game will support cross-gen online co-op multiplayer across both versions.

Nintendo Switch players will be able to play alongside a friend in local co-op on the same Switch with a single Joy-Con controller while the system is in Tabletop Mode. The studio also said that all versions of the game, including the previously released for PC and Xbox, will support two-player local co-op in a free update on April 14.

Nobody Saves the World is an action RPG where players shift into different forms to complete quests and puzzles to save the world from “The Calamity.” Some of the forms include a horse, egg, ghost, or a dragon. Although, players can mix and match abilities between different forms, such as an egg that shoot fireballs.

Nobody Saves the World is currently available for Windows PC, Xbox One, Xbox Series X|S, and Xbox Game Pass.