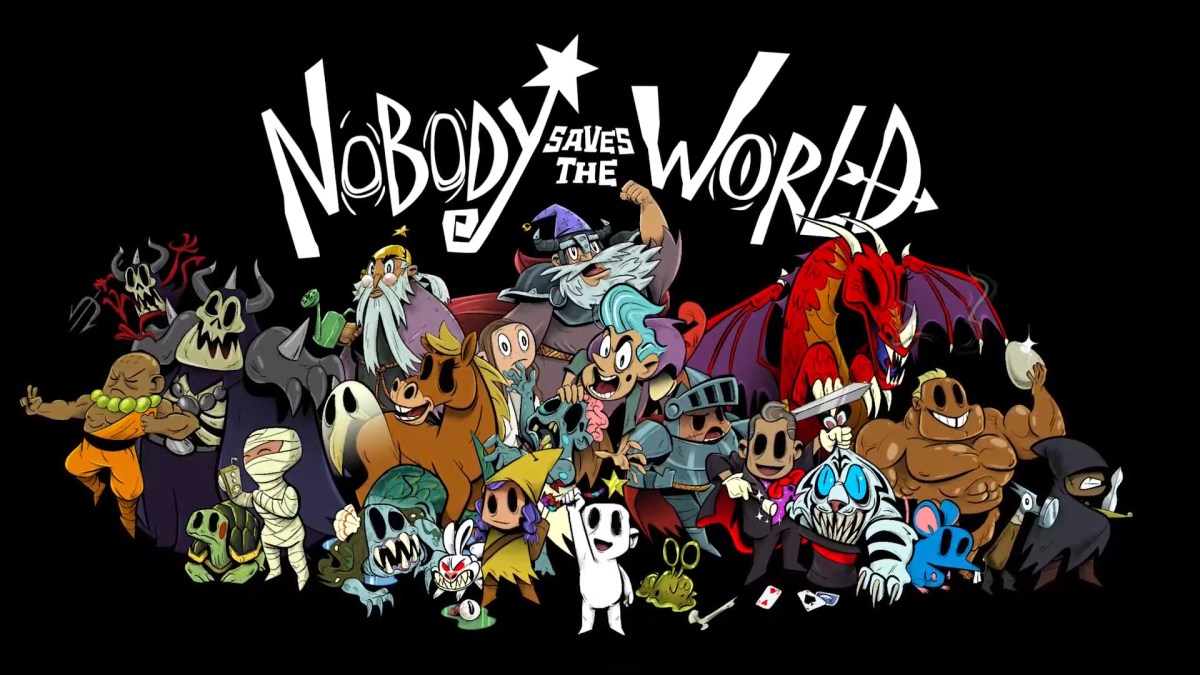 Today’s the day, folks! Yes, Drinkbox Studios – the developer behind acclaimed indie hits Guacamelee and Severed – has just unleashed its next title, Nobody Saves the World.

To celebrate the game’s release on Xbox One, Xbox Series X|S, and PC today, we now have a brand new launch trailer, which you can check out for yourself down below:

As you can see in the footage above, Nobody Saves the World is a wonderful fusion of isometric action-RPG and whimsical adventure, all the while boasting the Toronto-based studio’s signature irreverent art-style.

One of the game’s most unique mechanics allows its players to transform into other creatures, which gifts the hero with a mixture of special abilities to battle your foes. Furthermore, you’ll be able to mix and match said abilities to create your own distinct critters. Intriguing, no?

Additionally, for those lucky enough to have a Game Pass subscription, you’ll be able to download Nobody Saves the World for no extra charge.

For more information, here’s the gist courtesy of the game’s official Steam page:

When the ancient Calamity re-awakens, who can save the world? Nobody! (That’s you, you’re Nobody.) Master the art of transformation to become a Slug, Ghost, Dragon, and more in this new take on Action RPGs from the creators of Guacamelee!

Complete quests to discover and swap between 15+ varied and distinct Forms. Mix and match abilities in unexpected ways to unlock and complete even MORE challenging quests. Explore a vast overworld – on your own or with a friend online – while clearing shape-shifting dungeons in an effort to stop The Calamity and save the world!

– Transform into MANY FORMS: Unlock 15+ distinct Forms, from Rat to Rogue to Robot, each with its own unique gameplay mechanics.

– Mix & Match ABILITIES: Combine over 80 Form abilities to create powerful customized builds. Play as an Egg that can leave a trail of slime and shoot fireballs!!! We can’t stop you!

– Unconventional QUESTS: Help the strange inhabitants of this world deal with their troubles. Each Form also has its own set of quests, which you can complete in creative ways.

– Evolving Dungeons: As you become stronger, procedurally generated dungeons increase in difficulty and complexity to keep you on your toes.

Online Co-op: Invite a friend to play through all, or part, of your adventure together!

– New Game+: Put your Forms and abilities to the test against leveled-up enemies and dungeons with remixed difficulty modifiers.

Nobody Saves the World is available now for Xbox One, Xbox Series X|S, and PC.