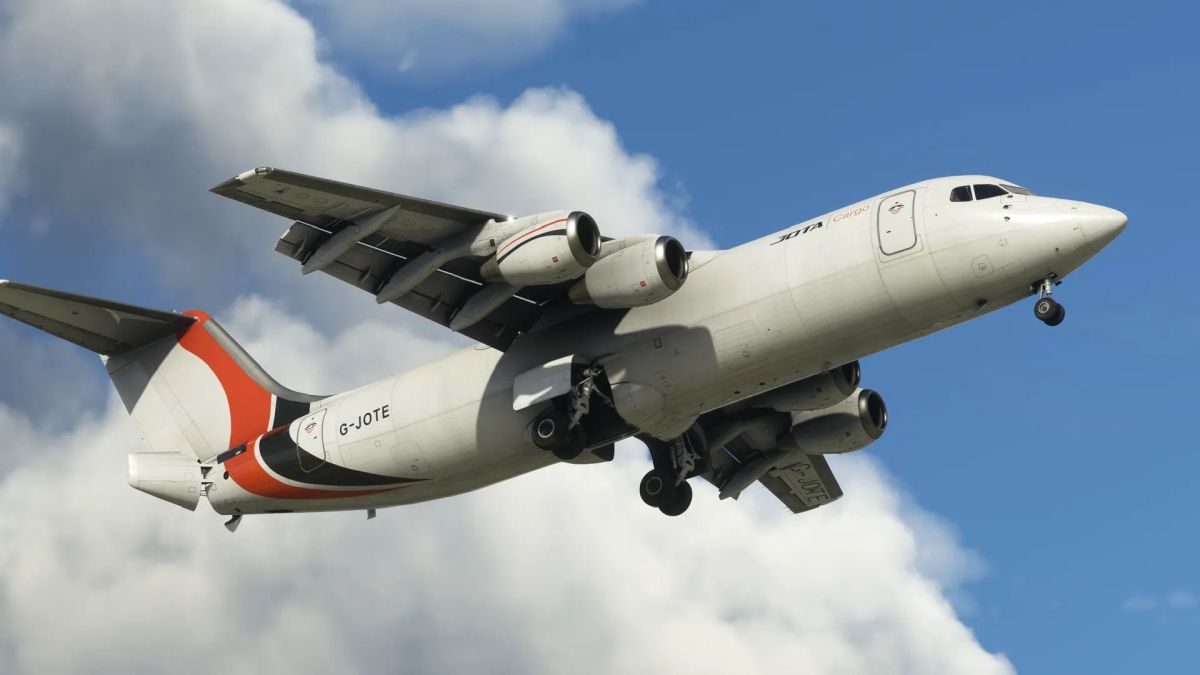 Today third-party developers had assets and announcements to share about upcoming add-ons for Microsoft Flight Simulator.

We start with Just Flight, which provided a development update and new screenshots about the upcoming BAE 146.

A quick development update for you as we reach the very final stages of development on the 146 Professional. We’re now busy having this pre-release build go through rigorous testing to identify any issues and to check that all of the new content that has only recently been added to the plane is all working as expected.

Here are some images to show off the new content such as the Full MSFS checklist support, New EFB features, New Variants including cargo variant door and associated liveries such as Cobham and Cello, new Cockpit features including 8k textures and cup holders, sun visors and seats and of course the FMS integration.

We plan to get more videos out prior to the release to show these off in more detail but in the meantime we hope you enjoy the new pics and they suitable help to whet the appetite!

Next comes Drzewiecki Design, which showcased the progress made on Rzeszów–Jasionka Airport (EPRZ) in Poland.

We also get an announcement from Verticalsim, which is now working on Tampa International (KTPA) in the United States. We also hear that the developer is planning to release Eppley Airfield (KOMA) and will likely release before Tampa itself.

Here are a few features for Tampa and a few screenshots:

Last, but not least, Sim Skunk Works announced that its next aircraft will be the SIAI-Marchetti SF.260 (also known as now Aermacchi/Leonardo SF-260) light military trainer.