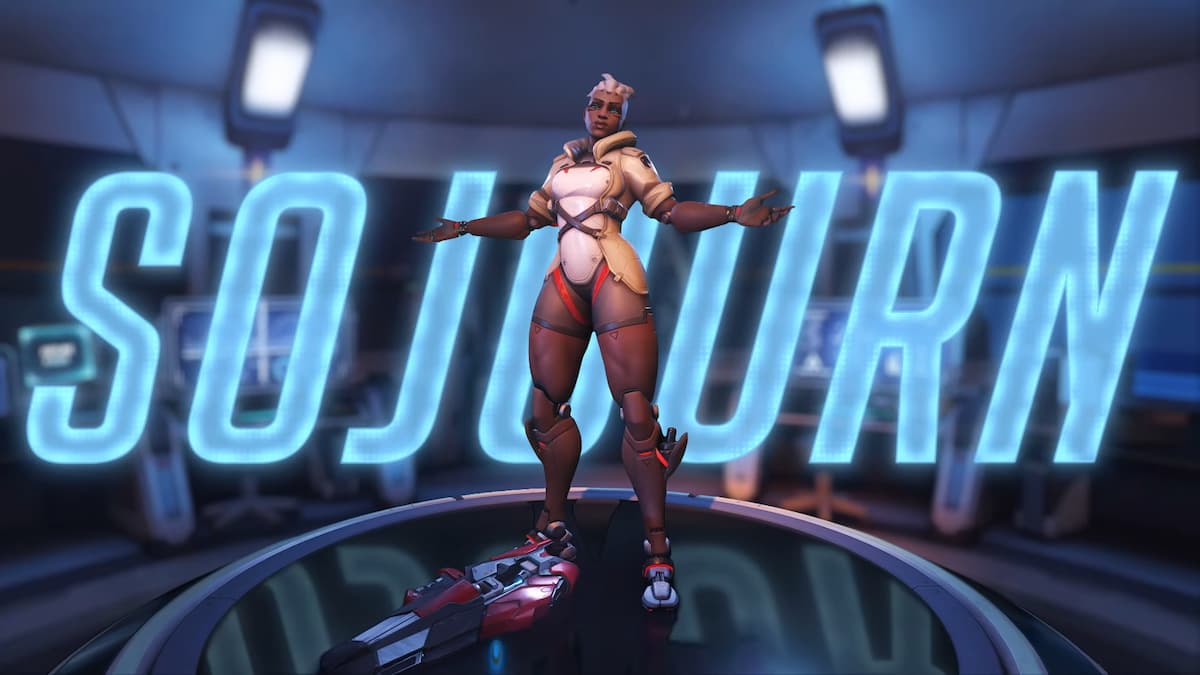 Prepare for a decent fight when facing Sojourn when Overwatch 2 launches. The character seem to wield an assault rifle that can easily fire like a railgun. Within the trailer it looks like a completely deadly one-shot kill. That’s going to cause a few headaches for anyone but the most heavy defense characters.

It’s not just the railgun appears to be a one-shot kill, the thing also has penetration so looks like you aren’t going to be saved by a teammate diving in front of you in a Secret Service save. For those players who like ranged characters with a high fire rate, it seems like Sojourn is going to picked the most.

While this trailer is all about seeing Sojourn in action, yesterday a trailer dropped that shows off all of her backstory for those who like to know the characters completely.

Something that you might not know for Overwatch 2, but for those who have collected more than the average amount of skins, the site claims:

Your accomplishments and loot collections will be carried forward to Overwatch 2. That means you’ll keep your skins, player icons, sprays, emotes, and more!

So for those worried about losing that stuff, you’re safe.

While platforms haven’t been officially announced, it’s probably a safe bet that Overwatch 2 will be available for PC, PlayStation 4/5, Xbox One/Series S|X, and Nintendo Switch. There has been no update on a release date after the game was hit with a delay back in November.