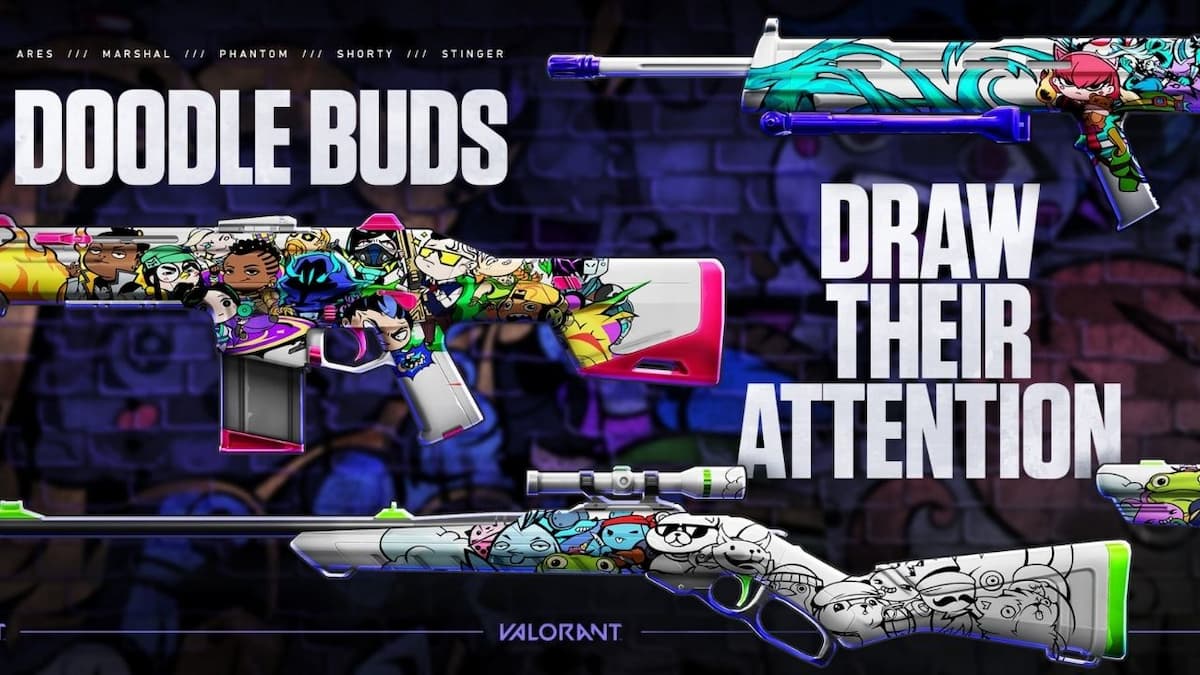 Nobody does weapon skins quite like Riot Games for its popular tactical shooter Valorant, and as is typical a new bundle has been teased in tandem with this week’s update. Called Doodle Buds, the theme this time around is centered around a unique kill animation that adds color to drawings etched onto each weapon.

For every kill you manage to land in a round, the pictures on your weapon become colored. You can see a demonstration in the string of Tweets from Valorant’s official channel below.

There’s no word yet on the cost of the bundle, but as you can see in the image above it features a Phantom, Martial, Stinger, Shorty, and Ares. If we had to guess, this won’t be as expensive as premium skinlines that feature bespoke kill SFX and custom designs that differ from the standard look of each weapon. We’ll keep you posted as to when we learn more, though.

In other recent Valorant news, you can check out the leaked images of the game’s anticipated mobile project, which appears to have entered a trial phase over in China.