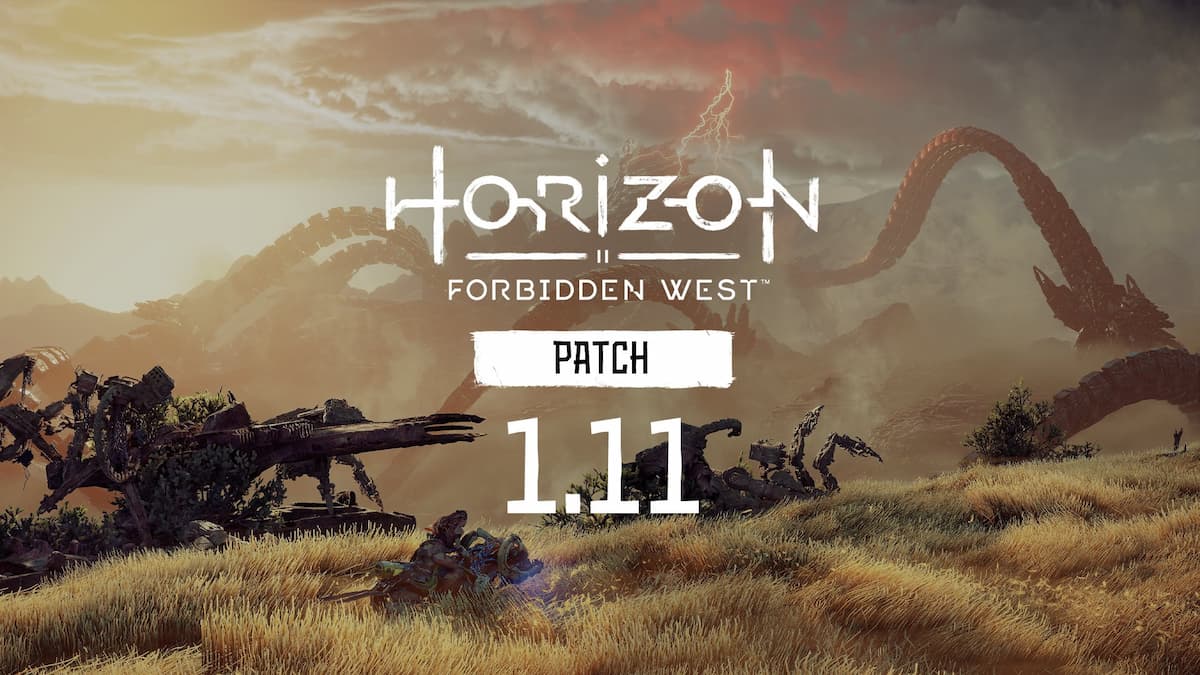 Guerrilla Games has today continued its post-launch support of Horizon Forbidden West with another meaty patch, this time aimed at fixing a plethora of bugs, from quest issues and glitches to the rebalancing of an unintended change to Legendary Weapons.

The full patch notes can be viewed below.

We are currently looking into several issues reported by the community. Please note that these issues are not yet fixed in this patch, but our teams are aware of them and they’re being investigated.

We are also aware of streams being interrupted when playing on 1080p and 60fps, after saving at campfires. To avoid this from happening, it’s advised to select a lower broadcast quality or lower framerate, for example, 1080p and 30fps, or 720p and 60fps.

Today’s patch follows on from Patch 1.09, which you can read here if you missed it.