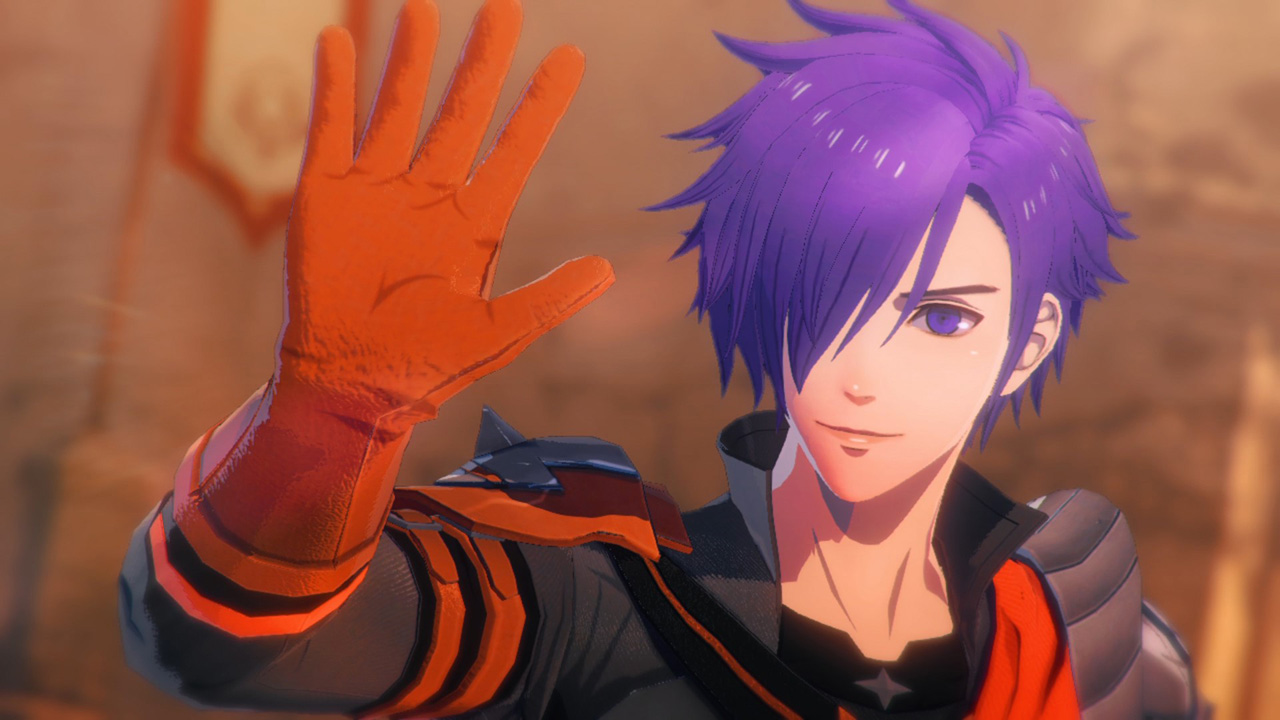 Besides taking a look at well-known characters whom we already saw in today’s trailer, we hear more about the story.

The story starts in the Imperial Year 1179, when a young mercenary clashes against the “Ashen Demon” of Jeralt’s Mercenaries. The young mercenary is defeated by the overwhelming strength of the mercenary and is ready to die.

Yet, suddenly, a voice echoes from somewhere and a mysterious power saves the young mercenary. The voice belongs to a mysterious being called “Larva.”

The young mercenary decides to travel from place to place training to one day defeat the Ashen Demon. During his travels, they meet a group of students from a military academy attacked by bandits. This chance encounter that should have never happened will shake up the history of Fódlan.

The gameplay loop is divided into three parts. The first part lets you freely visit the outpost, interact with friends, and upgrade your army. You can train the hero and allies, deepen ties, and enjoy conversations as part of activities like helping with certain tasks or eating together.

The second part is a strategic part that prompts you to pursue the targets of each episode and play on the map. You can also meet merchants, find extra quests or survey points where you can earn rewards.

The third part is the battles, which are fought in real-time in Musou-style. You have partners that can help you in battle and fight powerful magical beasts.

You can train various classes, that provide you with different advantages and disadvantages with various enemy types. By meeting certain conditions any character can freely acquire certain types of weapons with the exclusion of some exclusive ones. By mastering them, you can unlock higher-ranked ones.

You can choose the gender of both your character and the Ashen Demon, as you can see in the gallery below.