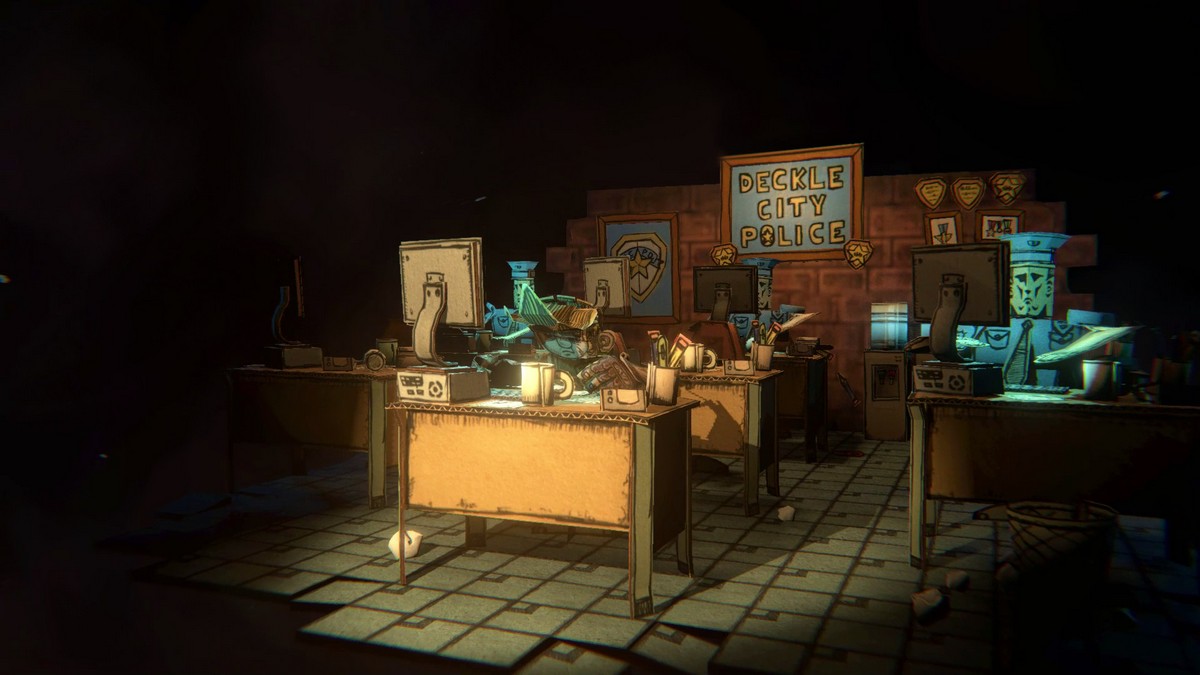 The horror genre continues to evolve and grow, and an interesting new addition will come our way in 2022. Coming to PC, and consoles including the Nintendo Switch, Paper Cut Mansion is being developed by UK-based Space Lizard Studio and publisher Thunderful Games.

Players will take on the role of police detective Toby in this horror roguelite set in a papercraft world. Arriving at a mysterious old mansion with a story to unravel, each floor will offer a different challenge, as will each run in the game. Within each floor lies portals that will lead to alternate versions of the same location, with twists on aesthetics and gameplay.

The more you progress, the more abilities and equipment will be at your disposal. This will see players come up with their own playstyle and new ways to overcome whatever horrors lie ahead, such as specializing in melee or adopting a more ranged approach to combat. The inclusion of perma-death is daunting, and coupled with the unique AI for each enemy type, players will have to prepare themselves for the unexpected.

Paper Cut Mansion will also feature multiple endings – 27 to be exact – which gives the game even more replayability beyond its eye-catching art direction. A different kind of horror will march onto PC, PS4, PS5, Xbox One, Xbox Series X|S, and Nintendo Switch later this year.

You can catch the gameplay trailer for Paper Cut Mansion below: