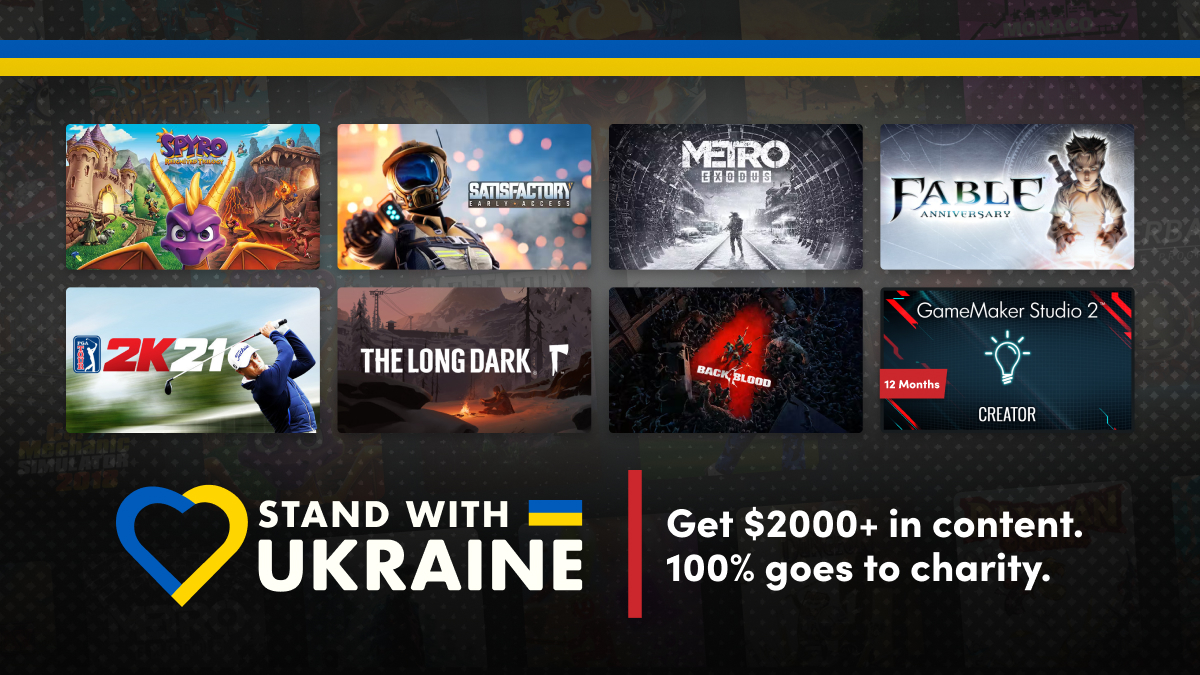 Today Humble Bundle launched its Stand With Ukraine bundle, including a ton of games that you can secure while supporting the people of Ukraine in their moment of need.

The bundle (which you can find here) includes 122 items including a lot of great games worth about $2,500, requiring a minimum payment of $40. Of course, you can decide to pay more if you want and can afford it.

Among the games included you can find titles for PC like Back 4 Blood, Sunset Overdrive, Spyro Reignited Trilogy, Fable Anniversary, Skullgirls 2nd Encore, Metro Exodus, and many, many more, on top of tabletop RPGs, comics, and even suites like Game Maker Studio 2 and RPG Maker VX.

At the moment, it has already gathered $350,000 in less than an hour, and you have a week to make your own contribution.

This comes after the Bundle for Ukraine on Itch.io raised $6,370,737.22 for the same cause, and it’s another welcome chance to help out the Ukrainian population.