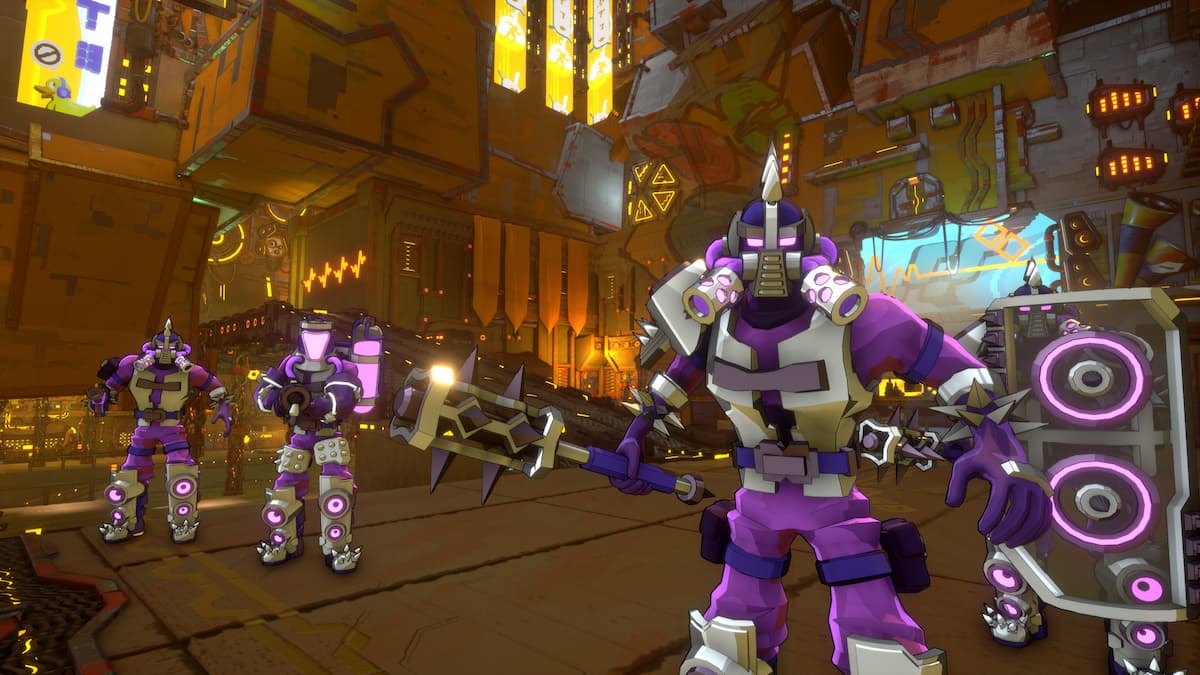 When you think of first-person shooters, the idea of mashing it together with rhythm-based gameplay may not exactly come naturally. However, for publisher Raw Fury and developers Jaw Drop Games, this very idea is the foundation that has seen them work on Gun Jam, which debuted at the Future Games Show Spring Showcase, and showed off some really interesting gameplay.

First teased as a tweet way back in 2020, the music-driven first-person shooter has since grown into something much bigger. Players can expect to dive into a substantial campaign mode, or mess about in Gun Jam’s arcade mode.

At the heart of it all is the music, and the need to keep in beat with the various notes that come up right in the center. As you tear through your enemies while shooting along with the beat, a multiplier builds, allowing for even higher scores for each level you find yourself in.

Different notes also appear to require using various weapons to hit them, so there is plenty of mental gymnastics to go through even as you look to clear the stage. No word yet on how the various notes work, or whether there is some aim assist involved considering that things can get quite busy on screen, but the fundamental idea is still one to watch.

Gun Jam is slated to release on PC sometime in 2022, and we can expect a multi-genre soundtrack as well to bop our heads and guns to.

GUN JAM is a fast-paced rhythm first-person shooter where the player must shoot to the beat to survive.

Welcome to the city where the omni-present ‘Beat’ means everything and music is used as a means of control. While city-dwellers dance to The Speaker’s ruling tune, you must rebel and break out of its hypnotic flow by force.

In GUN JAM, an original, multi-genre soundtrack propels you across varied environments in the vibrant city of ‘Mubel.’ Carefully match your shots to the beat pattern and fight off hordes of tranced-out troopers and other enemies to survive the musical dystopia and restore freedom to the masses.

– Firefights are synced to an original, multi-genre soundtrack

– Adapt to different music, environment, and enemies as you progress

– An immersive art style and vibrant surroundings that react to music