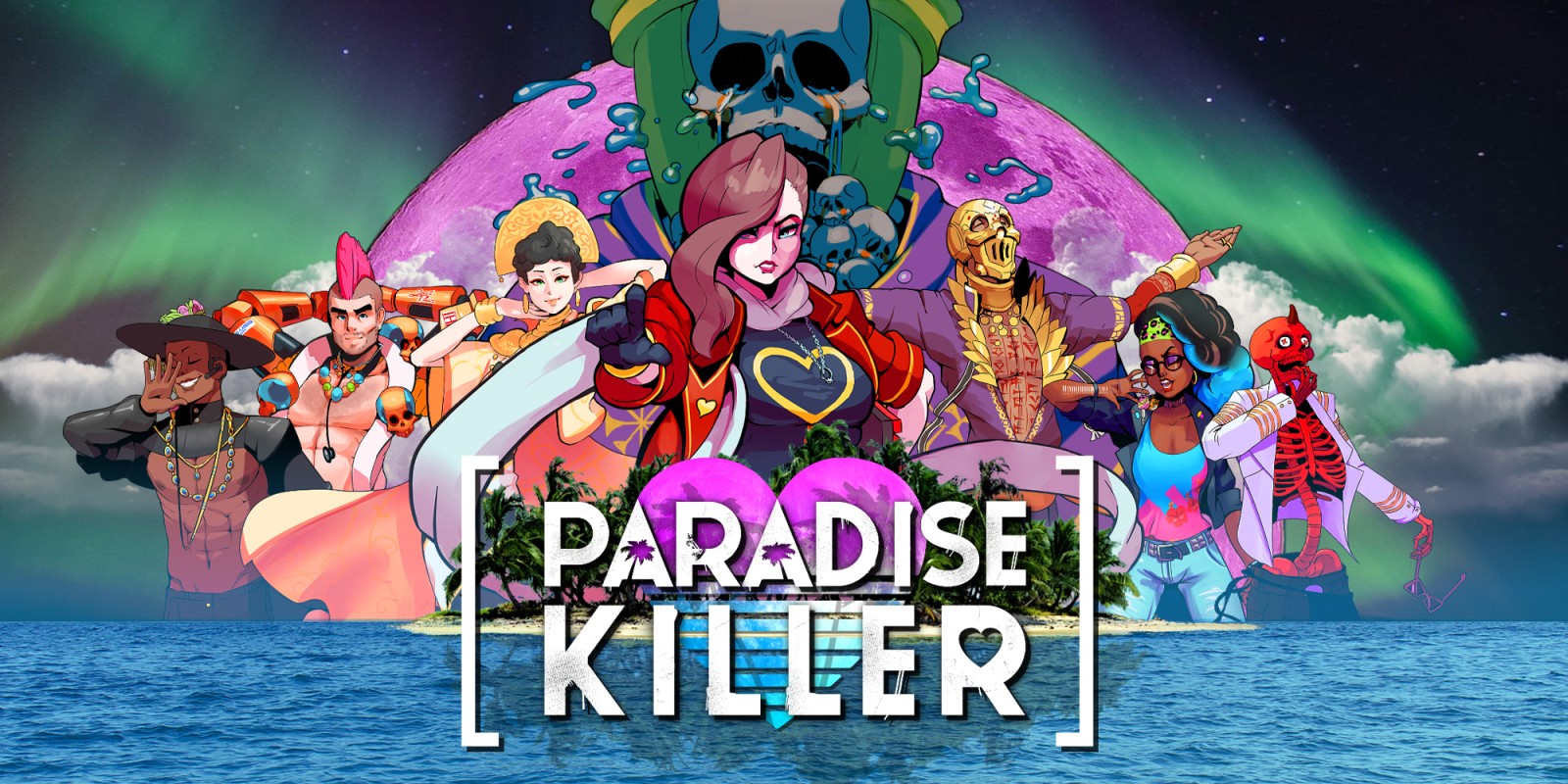 Coinciding with its new console release will be a new content update for all platforms that is set to add “new music, mysterious new beings, quests, rewards, collectables, and Steam achievements for PC players, as well as general performance enhancements.”

Originally released on PC and Nintendo Switch back in 2020, Paradise Killer is a much-praised mystery game that centers on a strange murder on an idyllic island paradise.

Go ahead and take a gander at Paradise Killer’s freshly-cut trailer down below:

For more information about Paradise Killer, here’s a general overview courtesy of an official press release we received from Fellow Traveller recently, plus an overview from the game’s Steam page:

The Xbox Series X|S and PlayStation 5 versions will see the detective adventure expanded and improved with a suite of current-gen console feature support including 4K resolution at 60 frames per second, ray tracing, super-fast loading, Xbox Smart Delivery, haptics and a “day / night” lightbar cycle for PlayStation 5’s DualSense Wireless controller, and much more.

All available versions of Paradise Killer, including the PC and Switch versions released in 2020, will also feature brand-new content which includes new music, mysterious new beings, quests, rewards, collectables, and Steam achievements for PC players, as well as general performance enhancements. Alongside this exciting new content, the game will release on the Epic Games Store for the first time.

Kaizen Game Works will also release a new compilation album alongside the game on March 16. Entitled “About That… Paradise Killer B-Sides” the album will feature new tracks composed by Barry “Epoch” Topping which will be featured in the new version of the game*, vocal arrangements, remixes, and bonus tracks.

The full track listing is as follows:

*Not all tracks on the compilation album are included in the new update.

An island outside of reality. A rogue human civilization hoping to resurrect dead alien gods. A murder behind locked doors.

Paradise is an island that regenerates every few millennia. The psychic power that the alien worshipers within release into the universe is meant to feed and eventually resurrect their fallen deities. But this force also attracts undesired interest from demons, who eventually corrupt each island—until a new alternate reality is birthed by the Council.

The system isn’t perfect, but it will be one day—on Perfect 25, the next island-to-be. But on the eve of rebirth, the Council is murdered and Paradise is killed.

In the aftermath, the “investigation freak” Lady Love Dies is summoned from exile to find the culprit. This is the crime to end all crimes.

– Breathe Life Back into Paradise – You are tasked with finding the killer and building an airtight case against them. Take your case to trial and argue your interpretation of the evidence. Only when someone is successfully convicted can the crime be considered solved and Paradise be saved.

– Fact and Truth are not the Same – The “truth” is that there are many possible killers, and many ways to build a case. Even if you make a convincing case for prosecution and get someone convicted, is the mystery really solved?

– Explore an Island Full of Secrets – Paradise is an island set in an alternate future history filled with cryptic lore and even more mysteries. Examine bizarre relics to learn more about this world’s surreal history.

– Find Your Paradise – You choose who to accuse, and build a case to support conviction. Everyone on Paradise has a secret to hide and something to gain. Old friends become new suspects, forcing you to choose between the evidence, the greater good and your own beliefs. There are many possible murderers, but who you pick will define your own personal truth.

– Gather Evidence – Let your personal computer and electronic assistant Starlight be your guide through another dance of an investigation. Collect evidence, record testimony and interpret the facts to form your own truth.